To meet the Chinese challenge in the Pacific, NZ needs to put its money where its mouth is 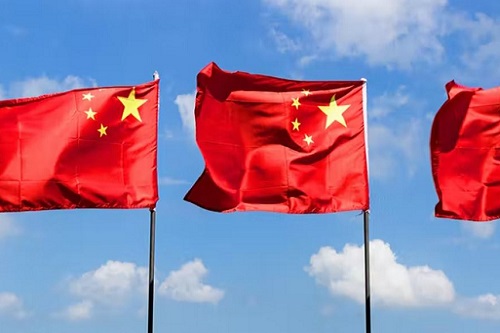 This week’s White House meeting between Jacinda Ardern and Joe Biden reflected a world undergoing rapid change. But of all the shared challenges discussed, there was one that kept appearing in the leaders’ joint statement – China in the Pacific.

Tucked within the statement, with all its promises of increased co-operation and partnership, was this not-so-subtle declaration:

In particular, the United States and New Zealand share a concern that the establishment of a persistent military presence in the Pacific by a state that does not share our values or security interests would fundamentally alter the strategic balance of the region and pose national-security concerns to both our countries.

Unsurprisingly, this upset Chinese officials, with a foreign ministry spokesperson accusing Ardern and Biden of trying to “deliberately hype up” the issue.

But hopefully the statement will also prompt New Zealand to put its money where its mouth is when it comes to increasing assistance in the Pacific region. Expressing “concern” about China’s influence means little otherwise.

While New Zealand and Australia are responsible for around 55% of all of the aid flowing into the region, that contribution needs to be seen in perspective.

There are two obvious shortcomings. First, more needs to be done to promote democracy in the Pacific, which means supporting anti-corruption initiatives and a free press. Second, both countries simply need to give more.

Neither spends anywhere near the 0.7% of gross national income on development assistance recommended by the United Nations (UN).

It’s against this backdrop of under-spending that China has come to be seen as an attractive alternative to the traditional regional powers. It has no colonial baggage in the Pacific and is a developing country itself, having made impressive leaps in development and poverty reduction.

Many of the small developing island states in the Pacific share common challenges and vulnerabilities: negative migration patterns, risk from climate change and fragile economies.

Three  states in the region (Kiribati, Solomon Islands and Tuvalu) are in the UN’s “least developed countries” category. Two others (Samoa and Vanuatu) are just above the threshold. Most are at high risk of debt distress, increasing the risk of poor policy decisions simply to pay bills.

China currently accounts for only about  6% of all aid in the region, but supplements this with grants and loans, some commercial and some interest-free. These overlap with grand infrastructure plans such as the Belt and Road Initiative aimed at connecting many regions of the world.

While it might not have secured its desired regional multilateral trade and security agreement with Pacific nations, China is clearly in the Pacific for the long haul.

This presence need not be seen entirely negatively. In the right circumstances, Chinese assistance can have a positive impact on economic and social outcomes in recipient countries, according to the International Monetary Fund. (The same study also found a negative but negligible effect on governance.)

Overall,  Chinese influence in the Pacific is not necessarily something that must be “countered”. For the good of the region, countries should seek ways to work together, especially given that aid to the Pacific is often fragmented, volatile, unpredictable and  opaque.

Co-ordinated, efficient and effective partnerships between donors, recipients and regional institutions will be vital, and co-operation with China could be part of this.

New Zealand and Australia need to expand their work on the vast infrastructure and development needs of the Pacific. Transparency should be a priority with all projects and spending, and co-operation should be tied to shared benchmarks such as the UN’s Sustainable Development Goals.

For its part, China should give more aid rather than loans (especially to the least developed countries) to avoid the risk of poor countries becoming beholden to lenders or even bankrupted.

Above all, peace and security between and within countries should be an agreed fundamental principle. The good news is that South Pacific nations have already taken steps towards this by agreeing to the Nuclear Free Zone Treaty.

This could be complemented by an agreement banning foreign military bases in the region to maintain its independence. If needed, peacekeeping or outside security assistance should be multilateral through the UN, not bilateral through secret arrangements.

Co-operation for the good of the Pacific should be the goal, but this is only possible if the region is not militarised.

Chinese influence and power in the Pacific is a reality that cannot be wished away or easily undermined. With the US similarly determined to assert itself, the stakes are rising. All nations should work together to ensure no small, independent Pacific country becomes a pawn in what could be a very dangerous game.