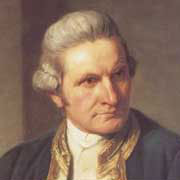 Captain Cook, in 1796, was the first European to set foot on New Zealand - thus giving Britain a stronger link with Aotearoa than other European nations had.

Walers and sealers very rapidly set up operations around coastal locations. The Bay of Islands developed as a safe harbour for ships, in turn attracting European traders (such as rum merchants) and missionaries. This created trading opportunites between Māori and pakeha - the trunk of the tall, straight kauri was highly prized for masts and spars of ships and the value of flax fibre was evident.

Māori were also quick to engage in entrepreneurial activity, exporting flax and timber, growing crops to supply European settlers and building their own ships for international trade.

The missionary influence generated high Māori literacy - such that Māori were probably more literate than most Europeans who had taken up residence in Aotearoa/New Zealand.

There were around 2000 European settlers before 1840. What was the Māori population estimated to be at this time? Try this short Quiz.

The European influence not only brought new technologies and foodstuffs, but also saw the introduction of European diseases to which Māori had no immunity and the introduction of firearms which changed the nature of inter-tribal warfare, resulting in significant population decline.