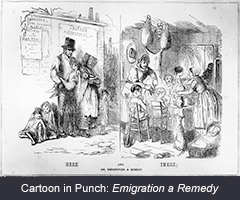 In Britain, which had a population surplus as a result of the industrial revolution, groups like the New Zealand Company (conceived by Edward Gibbon Wakefield) had formed to encourage settlement and colonisation of distant lands (like New Zealand) to ease the social problems caused by massive unemployment and establish opportunities for untitled sons within the upper classes.

The New Zealand Company, at much the same time it was petitioning the government to allow such colonisation, was pre-selling land which they had not yet acquired by agents who had never visited New Zealand.

Coupled with pressure from humanitarian groups in Britain, The Colonial Secretary, Lord Normanby agreed in 1839 to send Captain William Hobson to New Zealand with instructions to acquire sovereignty over either the whole or any parts of New Zealand that the Māori wished to cede.