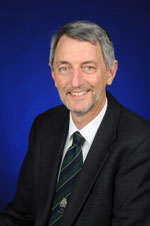 In undertaking his research, David has published widely in a range of disciplines, mainly centred on tephra and its derivatives (such as weathered tephra sequences with buried soils and paleosols), including tephrochronology, pedology and paleopedology, Quaternary paleoenvironmental science, soil stratigraphy, soil and clay mineralogy, geochronology, paleolimnology, geoarchaeology, landsliding, geohazards, and aspects of the history of geosciences. He has more than 212 refereed publications in scientific journals or proceedings or books (including 25 book chapters) to his name, and has recently co-written a text book entitled "The Soils of Aotearoa New Zealand" (published by Springer in 2021).

The book has been described as "a wonderfully useful book that provides a benchmark and stimulus for understanding, exploring, utilising, and sustaining the remarkable soils of Aotearoa". Reviews are available at:

A feature of David's research is his inclusivity, and many of his articles comprise multiple international co-authors as well as his own students and also a number of postdoctoral research fellows.

Many of David's publications since the mid-2000s are listed in the file 'Further research information', which is accessible via a link near the end of this document under 'Research Interests'.

Currently David is on the editorial boards of six international journals: Journal of Quaternary Science, Quaternary Geochronology, Quaternary International, Quaternary, Frontiers in Earth Science (Volcanology), and Journal of New Zealand and Pacific Studies, and is an academic editor for the journal Quaternary. He has also served as an associate editor for Soil Science Society of America (6 years) and editorial advisor for New Zealand Journal of Geology and Geophysics (6 years), and has been a referee for numerous journal articles, funding proposals, awards, academic appointments or advancements, student support, etc. David has had editorial responsibility for 127 articles in total in six different journals and a book, and he has been an editor or co-editor for five special thematic issues mainly on tephrochronology: three volumes of Quaternary International (1996, 2008, 2011), one volume of Quaternary Geochronology (2017), and one volume of Journal of Quaternary Science (2020). He has refereed more than 285 articles in total, including more than 245 articles for 69 different journals (60 journals published overseas, 9 in New Zealand) and 35 chapters or encyclopaedia entries.

As as well as being a former Chair of the Department of Earth and Ocean Sciences (2012-2014), Academic Team Leader (2019-2020), and Convenor of Postgraduate Studies (2004-05, 2010-12, 2014-15), and undertaking various other administrative roles including Acting Dean of the School of Science for several months at a time from 2016 to 2019, David is a member or fellow of several international and a number of national societies, his memberships spanning more than four decades. He is an elected Fellow of three societies (Royal Society of New Zealand, New Zealand Society of Soil Science, International Union for Quaternary Research or INQUA) and formal member of seven other societies: Australasian Quaternary Association (AQUA) (foundation member); International Association of Volcanology and Chemistry of the Earth’s Interior (IAVCEI), including the Commission on Tephrochronology (COT) (formally known as INTAV under the aegis of INQUA); Association Internationale pour l’Étude des Argiles AIPEA (International Association for the Study of Clays) (through membership of the Australian Clay Minerals Society); New Zealand Studies Association; Geoscience Society of New Zealand (foundation member of Waikato branch); and Soil Science Australia.

In total, David has been convenor (chair), or on the organising committees, of 15 large-scale conferences (seven international, eight national) including catalyzing and helping plan the international tephra meeting “Active Tephra in Kyushu 2010” held by INTAV in Kirishima City, Kagoshima Prefecture, Japan, May 2010, and the INTAV-led “Tephra Hunt in Transylvania” conference in Moieciu de Sus, Romania, June 2018.

- three-day field trip on tephra-derived soils and land use in central North Island for University of Wisconsin-Platteville Winterim Education Abroad Programs 2019; three-day field trip as a post-conference tour for University of Wisconsin-Platteville following the international joint soils conference of the Australia and New Zealand soil science societies in Queenstown, 2016; and as a three-day graduate student field trip in Waikato-Bay of Plenty region for Meiji University, 2012

- one-day field trip “Hot Volcanic Soils” focussed on Pumice Soils, tephrostratigraphy, and land use in central North Island for the national soils conference of the New Zealand Society of Soil Science in Hamilton, 2014

- four-day pre-conference field trip "Volcanoes to Ocean” in North Island as part of the World Soils Congress held in Brisbane, 2010

David has been awarded total grants of ~$6.3M for the 33-year period 1988-2021 - the sum includes an estimated value of in-kind support NSRRC (Taiwan synchrotron). About half the total relates to three Marsden Awards (two as PI, one as Al) and an MBIE Endeavour Fund award (PI), along with several EQC awards and dozens of smaller grants. Total grants including PBRF income are worth ~$7.4M. David was awarded 'A' grades for the past two NZ Government PBRF exercises in 2012 and 2018, the 'A' score reflecting his 'international standing'.

In another completely different role, David has co-written with Maria Lowe an introductory book "Understanding and managing epilepsy - an introductory guide" (published by Epilepsy Waikato Charitable Trust, EWCT) in 2021.

David has taken up a part-time appointment from January 2021 and generally is now teaching mostly in graduate papers (in volcanology and soil resources and risks) and supervising research students associated mainly with his MBIE- and Marsden-funded projects on paleoseismicity in the Hamilton lowlands, and an EQC-funded project on Te Puninga Fault. Previously he taught in soil-science and pedology papers at year-2 and -3 level and contributed to year-1 papers by co-leading associated field trips. He has also been involved in teaching undergraduate volcanology and he developed and taught a graduate level paper on Quaternary studies for 20 years as well as a Science-faculty-wide graduate paper on research method and practice. David contributes to field work associated with Tauranga-based students (with Dr Shari Gallop) including a field trip along the Bay of Plenty coast to Matata and the Rangitaiki Plains in 2020 and 2021.

David has jointly-supervised ~80 postgraduates, being chief supervisor for around half of these. Four of David's PhD students have been awarded the  Fieldes Award (best PhD thesis) and six of his MSc students the Rigg Award (best MSc thesis) of the New Zealand Society of Soil Science for their outstanding theses. Another former student (Dr Maria Gehrels, based at Plymouth University, UK) was awarded the Pullar-Vucetich Prize (2008) of the Geological Society of New Zealand for her research on cryptotephras in northern North Island.

Graduate/postgraduate students supervised or co-supervised since the mid-2000s, and  current PhD and MSc students being supervised (as chief) or co-supervised by David, are given below. Covid has impacted on the ability of the University of Waikato to bring in new international students for PhD programmes.