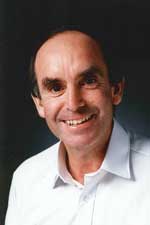 You can find out more about me at my personal website.

The proof of Fermat's Last Theorem, together with a growing need for encryption within e-commerce, has rekindled interest in the techniques and outstanding problems of number theory. For example, smart cards sometimes include elliptic curve encryption algorithms. The use of the computer has also improved our ability to test conjectures and devise hypotheses based on real numerical data. In this project a problem from prime, algebraic or applied number theory will be considered: reading the background history and theories, looking at related results, carrying out computer experiments, testing some plausible conjectures etc will all lead up to the main goal – an attack on the outstanding problem or application itself.

The twin primes conjecture has long been regarded as a suitable problem which could be resolved using sieve theory, but so far the approach has failed. There are problems which have been solved. This project includes a study of the work of Henrich Iwaniec on sieves and might include an extension of his recent theorem "p=x2+y4 for an infinite number of primes p".

Modern analytic number theory includes the study and application of zeta and L-functions in a variety of settings, including number fields, groups and graphs. This is an active area of research and the aim of the project is to bring the student to a level (through a study of the works of Peter Sarnak, Dorian Goldfield and others) where one of the many unsolved problems might be attacked. The Waikato work has a strong computational flavour.