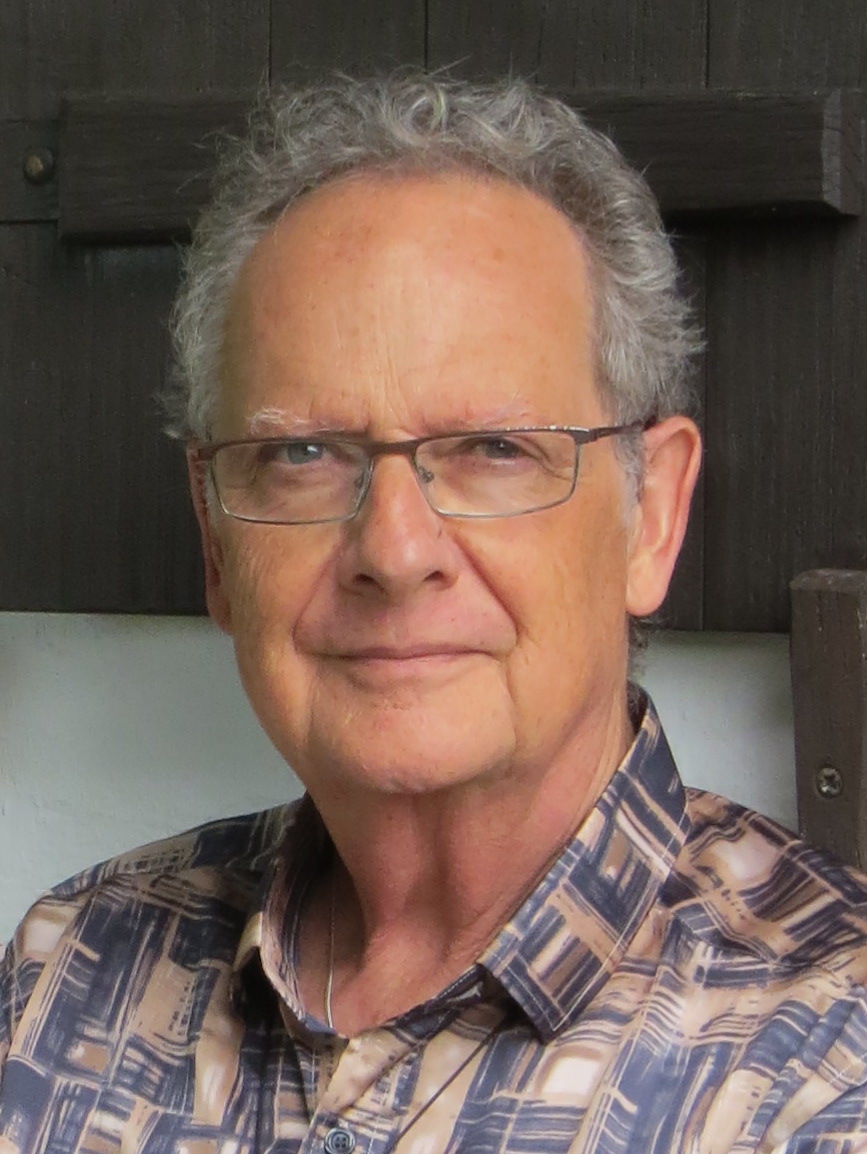 I began work at the University of Waikato in January, 1997 and retired in June, 2017. For 6  years (2006-2012)  I was Chairperson of the Arts and Language Education Department (now superseded by Te Hononga: School of Curriculum and Pedagogy). My field is English Language and Literature Education and also Writing Pedagogy and Writer Identity, though I also have a strong interest in Arts Education and Arts advocacy, and have conducted music education research with my wife, Millie (Linda).

In a former life, I lectured in the English Department at Auckland University (1970-1976 and 1980-1983), where I taught in a number of areas including: American Poetry, Modern Poetry, New Zealand Literature, Nineteenth-Century American Fiction, Nineteenth-Century Literature and Romanticism. My PhD is in American poetry and entitled "The Antagonistic City: A Design for Urban Imagery in Seven American Poets". (In 1971-2 I was fortunate in having a stint as visiting Research Fellow at Yale University.)

At Auckland University, I developed an interest in the dynamics of literacy development encompassing such things as reader-response theory (à  la Louise Rosenblatt), post-modern theories of resistant reading and reader positioning, genre-based theories of teaching and writing, and rhetorical theories for developing a rationale for English as a subject.

I had a total of 12 years secondary school teaching, which included roles as both a HOD English and HOD Drama. After joining the staff of Waikato University, I hve pursued interests in the status and rationale of English as a school subject, the impact of curriculum and assessment reform on classroom practice and the professionalism of classroom teachers, the place of ICT in English, aspects of elearning, argument as a mode of discourse and how to teach it to secondary students, metalanguage and classroom talk, the teaching of literature in multicultural classrooms, and the teaching of writing across the curriculum.

As Emeritus Professor, I continue to advocate for arts (in) education and am involved in the work in music education of Orff New Zealand Aotearoa (ONZA), especially in in-service teacher education.

I have a major interest in the construction of English as a subject and literacy as a field. This has been reflected in research in the responses of teachers (including secondary English teachers) to curriculum and qualifications reforms, especially in New Zealand. This interest crystallised between 1997 and 2004 in a major research project, the English Study Design project, which successfully developed an albeit short-lived, senior secondary-school qualification in New Zealand.

Between 2001 and 2004, I was also part of a collaborative York/Waikato team which conducted York-Waikato Teacher Professionalism Project. The project used case study research to study the impact of a series of educational reforms on the work and sense of professionalism of primary school teachers.

In 2005, I carried out a research project investigating the response of English teachers to New Zealand's recently implemented qualifications system, the National Certificate in Educational Achievement (NCEA). This project continued my interest in qualifications systems, and the impact of assessment on teachers' work. (See publications). In 2005-2006, I conducted research on factors affecting learning in relation to asynchronous online discussion. Findings from this research were presented at a conference on "Language, culture and Technologies" at Kaunas University of Technology (Lithuania) in May, 2006, at an E-Learning Symposium at RMIT in December 2006 and at the NZARE Rotorua Conference in December 2006.

In 2005-2006, I edited a double issue of English Teaching: Practice and Critique on the topic of "Knowledge about language in the English/literacy classroom". Part 1 of this issue went on-line in December, 2005 and the second part went live in May, 2006. This project led to the publication of an edited book Beyond the Grammar Wars (see Selected Bibliography)

From 2006 to 2008 I led a TLRI Research project on the topic of “Teaching Literature in the Multicultural Classroom.” This project involved teachers as researchers in four secondary and three primary schools, mostly in South Auckland. The overall aim of the project was to find effective ways of teaching literature in multicultural and multilingual classrooms at primary and secondary level.

Teachers as writers: Transforming professional identity and classroom practice: This project, undertaken in 2010 and 2011 addressed the problem of poor writing performance among primary and secondary school students when compared to performance in reading. This research project asked the question: What is the impact of sustained involvement in “writing workshop” experiences on the professional identities of participating teachers and does this impact flow through to more effective pedagogical practices around writing in primary and secondary classrooms?

A culture of writing: Impacting on teacher and student performance across the curriculum. This was a case study based at Western Springs College with Dr Shaun Hawthorne as my co-researcher. The project which took place in 2013 and 2014 aimed to find innovative ways of building communities of writing practice in secondary schools as a way of supporting success in writing for all types of learners across a range of curriculum areas. This project has led to two recent TLIF projects:

Composition and improvisation in the primary school classroom. In the last 5 years, I have undertaken two small-scale research projects with my wife Mille on this topic, both situated at Henderson Valley School.