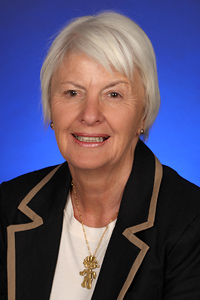 Professor Wilson has worked in private practice and has had an extensive career in public service including roles as founding member and Vice President of Auckland Women Lawyers’ Association and Member of the Advisory Committee to establish a Ministry of Women's Affairs. From 1985 to 1989 she was Director of the Reserve Bank of New Zealand, from 1988 to 1989 as New Zealand Law Commissioner.

Professor Wilson taught at Auckland Law School until 1990 and was the founding Dean of Waikato Law School from 1990 to 1994. She remained on the teaching staff until 1999. Professor Wilson has had a high profile in New Zealand politics; from 1984 to 1987 as President of New Zealand Labour Party, 1989 to 1990 Chief Adviser and Head of Prime Minister’s Office.

From 1999 to 2005 she was Minister of the Crown with positions including Attorney-General, Minister of Labour, Minister Responsible for Treaty of Waitangi Negotiations, Minister of Commerce, Minister for Courts and Associate Minister of Justice. In 1999, she was elected a List Member of Parliament and 2005 to 2008 she was Speaker of Parliament. She returned to Te Piringa - Faculty of Law as a Professor in 2009.