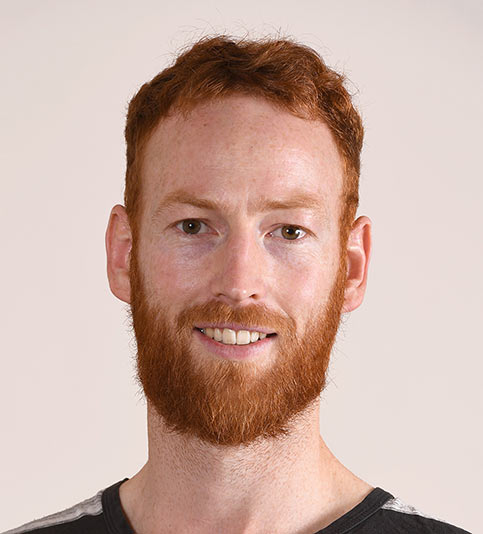 Peter provides cultivation support for both the marine and freshwater aquaculture systems. His work includes the set-up of cultivation systems, development and maintenance of cultures & seeding techniques, assessment of algal growth & nutrient uptake, and data analysis.

Peter Randrup is a qualified Marine Biologist and Edmund Hillary Fellow with a drive to solve environmental problems with entrepreneurship. He spent three years running Anteater, a Christchurch based start-up mainstreaming the idea of insects as a food group & sustainable protein. Anteater started at a Christchurch Startup Weekend and was featured on TV3 Story, RNZ National, and Nigel Latta’s ‘What Next?’, before closing down at the start of 2019. After closing the business, Peter appeared as a guest on the ‘What Next?’ panel to discuss environmental solutions. Peter remains involved in the startup ecosystem with mentoring & public speaking.

Peter believes export of NZ seaweed products will be a billion dollar industry, and has ambitions to start his own seaweed export business.