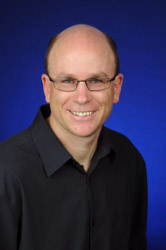 I completed a BE(Hons) in Electrical Engineering at the University of Canterbury in the late '80s before starting to work in telecommunications industry, first in Wellington, then in London before returning to Canterbury and completing an ME and PhD in the Electrical Engineering Department. After that I went to Melbourne and worked as a Research Fellow in the Centre for Telecommunications and Information Engineering (CTIE) at Monash University. There I became a Project Leader for the Australian Telecommunications CRC. I was involved in extensive consulting work in Australia and Internationally.

I have been at Waikato since 2003. I have been the science lead on three science funding contracts.  I have worked extensively with NZ Internet Service Providers and am a trustee of the NZ Network Operators Group.