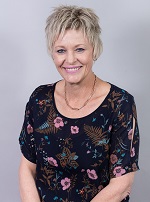 Robyn was appointed as a Lecturer in Human Geography at the University of Waikato in 1992. She was promoted to Senior Lecturer in 1999 and to Associate Professor in 2004. From 2004-2006 Robyn served as Chair of Department and in 2006 she was promoted to Professor. Robyn took on the role of Pro Vice-Chancellor Education in 2015 and Deputy Vice-Chancellor Academic in 2015.

During Robyn’s career, she has spent periods as a visitor at the University of Edinburgh and Durham University. She researches in the broad areas of social and cultural geography and has a particular interest in gender and embodiment. In more recent years, since being appointed Deputy Vice-Chancellor Academic, she has become increasingly interested in research on teaching and learning.

Robyn's professional distinctions and memberships include:

Robyn has supervised more than 20 PhDs. She has recently supervised to completion four students who studied a range of topics including: the digital lives of Muslim sportswomen; Hinateiwaiwa and the ritual knowledges of the whare tangata, Bhutanese refugees in New Zealand and Muslim women’s experiences of living in Hamilton, New Zealand. Robyn is currently supervising three students - one who is researching 'activewear', another, gendered dimensions of climate change, and the third, lesbians having children.

Robyn is a socio-cultural researcher who has a particular interest in gender, bodies, space and place. Issues she has addressed include pregnancy, mothering, sexuality, ‘visceral geographies’, body size and in more recent years, digital media, and teaching and learning. She specialises in the use of qualitative methodologies including semi-structured interviews, focus groups, online data gathering and participant observation.