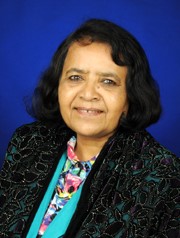 Senior Lecturer in Economics
Convenor for 499
Justice of the Peace

Dr Bano is currently an Editorial Board Member of the Journal of Economic Integration, and a Research Fellow at the New Zealand–India Research Institute, Victoria University of Wellington. She was previously a Trustee on the Winston Churchill Memorial Trust Board, and an auditor for the Euro-Asia Management Studies Association (EMASA) and on the advisory committee of EAMSA. In 2015 she was appointed as a member of the CASS European Institute of Management Studies, based in Brussels, Belgium and Luxembourg.

Dr Bano was an economist at the New Zealand Institute of Economic Research (NZIER) prior to taking up her appointment at the University of Waikato. She has visited and lived in many different countries including India, Tanzania, Canada, Australia and New Zealand.

Sayeeda is a Justice of the Peace (JP) for New Zealand, providing services to students, staff and the wider community. She is actively involved in Hamilton Community Radio, and broadcasts a radio programme, 'Aapki Mahphile Harmony' each week to share experiences with the community and foster peace and harmony. In 2015 she received a Community Service Award from the New Zealand Federation of Multicultural Council in recognition of her valuable services to the community.  In 2010 she was presented with a Hamilton City Council Civic Award for “outstanding contribution to the community”.

Refereeing/Reviewing Articles for the Following Journals

Dr Bano:  Research has focused on the Following Main Areas;

The above Book was reviewed by Professor Marvel in

1995    Bano, Sayeeda, “The Significance and Determinants of Trade in Services: The United States, Pacific Rim, and the World Economy,” The Globalisation of Business in the 1990s Implications for Trade and Investment Vol. III, K Fatemi (Ed). A & M University of Texas, USA. pp. 819-852.

1994    Bano, S. and P. Lane, “The Significance of Inter-Industry and Intra-Industry: The United States, New Zealand and the Pacific Rim” The Globalisation of Business in the 1990s: Implications for Trade and Investment Vol. lII K.Fatemi (Ed). A&M University of Texas, USA, pp. 853-874.

1989    Bano, Sayeeda. and Lane,  Peter, "The Extent, Growth and Determinants of Intra-Industry Trade:  The Case of New Zealand," Working Paper No. 89/5 Department of Economics, University of Waikato, Hamilton, New Zealand.