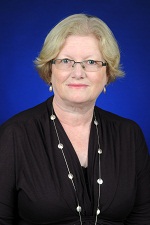 Ann's professional experience includes work as a radio and television journalist and as a video producer in private and state sector production units. From the mid 1980s this commercial work was combined with tutoring at Film and Theatre Studies at Victoria University, Wellington, and at this time she also began writing a series of articles on New Zealand women's filmmaking for the magazine Illusions.

Ann now teaches in Screen and Media Studies at Waikato University, Hamilton where her specialisations include: Aotearoa/New Zealand screen, narrative theory, scriptwriting and communications theory. Ann's doctoral research was into the constructions of religion and spirituality understood and employed by workers in the local film and television industries. This project prompted her to develop, in 2002, New Zealand's first university course devoted to the intersections of religion and the media; a field she has continued to explore in a number of publications.

Ann’s current activities include research into the development of the pre-colonial celebration of the rising of the constellation Matariki into a contemporary festival addressing all New Zealanders. This project stems from her interest in the place of Maori spiritual concepts in the national imaginary. She is also a member of the Audience Research team undertaking an online Q-method study of international responses to The Hobbit: An Unexpected Journey.