Terry Halford “fell through the cracks” at school and left without qualifications. Today he’s an environmental engineer, having qualified with a Bachelor of Engineering (Hons) from the University of Waikato.

Terry grew up in England and after leaving school earned his living as a labourer until someone suggested he get a trade. He did that and became a carpenter.

When he moved to New Zealand, he continued carpentry and became a registered master builder. Then he became interested in research and development and after some consultation from friends and a careers adviser he headed to university.

Before he began his degree, Terry chose to do a University of Waikato Certificate of University Preparation (CUP).

It’s a one-semester course that prepares students for university study; particularly good for people who have not studied for a number of years or who are looking for a career change.

The course prepared me for what I’d face when I started my degree – lectures, tutorials, labs and workshops. And we covered skills such as researching, note taking and essay writing, critical thinking and what they expect from students during their study years.

“Doing CUP was definitely one of the best decisions I’ve made. I really don’t know if I would have made it [the BE(Hons)] without the skills learned during the study skills paper. I owe those guys everything, and a lot of thanks.” He says all the way through, staff were encouraging and supportive.

After CUP, Terry began studying for a Bachelor of Science majoring in materials and processing with the idea of researching and developing building products. “Then the head of Engineering called me into her office and said ‘Why aren’t you doing engineering?’”

So Terry switched and started to study chemical and biological engineering. “It might sound like a big change from carpentry but it’s actually more logical than its sounds,” he says.

Terry had a contact at BPO Ltd Environmental Success, an environmental engineering consultancy with offices in Hamilton and Dunedin, and he was able to complete an internship there between his third and fourth years of study. BPO subsequently offered him a job and that’s where he works today.

“I like the idea of being able to design new systems to be more environmentally sound. A lot of our work involves putting systems into existing buildings, which can be a challenge, and my building skills often come in handy.”

He says there are pros and cons being a mature student. “You have to learn to be flexible because you have a lot more things going on in your life, but at the same time your life experience often helps.

“I wouldn’t say it was easy, working, bringing up a family, coaching football and studying for a degree. The workload was massive at times and my family had to make a lot of sacrifices, but we got there in the end, and it was worth it.” 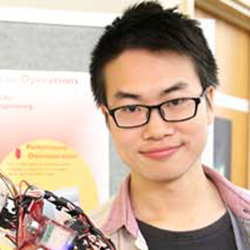 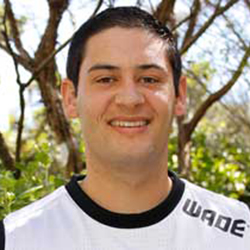