Robyn was appointed as a Lecturer in Human Geography at the University of Waikato in 1992. She was promoted to Senior Lecturer in 1999 and to Associate Professor in 2004. From 2004-2006 Robyn served as Chair of Department and in 2006 she was promoted to Professor. Robyn took on the role of Pro Vice-Chancellor Education in 2015 and Deputy Vice-Chancellor Academic in 2015.

During Robyn’s career, she has spent periods as a visitor at the University of Edinburgh and Durham University. She researches in the broad areas of social and cultural geography and has a particular interest in gender and embodiment. In more recent years, since being appointed Deputy Vice-Chancellor Academic, she has become increasingly interested in research on teaching and learning.

Robyn's professional distinctions and memberships include:

I am a social and cultural geographer. I have expertise in the areas of feminism, gender, sexuality and the body. Projects conducted over the past few years are: using queer theory to understand more about the use of Skype; maternal bodies and spaces; geographies of sexualities; the place and politics of large (‘obese’) bodies; food, place and identity for migrant women; and tertiary education for sole parents. The central theme of ‘gender, bodies and space’ runs throughout all these projects.

I have experience using: semi-structured interviews with individuals and pairs; focus groups; diary writing; using data obtained from internet sources especially YouTube, participant observation; and cooking and eating with research participants which involves using the body as “an instrument of research.”

I tend to draw heavily on the work of a range of feminist poststructuralist theorists. A few of my favourites include Sara Ahmed, Elizabeth Grosz, Iris Young, Elspeth Probyn, Judith Butler, Julia Kristeva and more recently, Sara Ahmed.

Robyn has supervised more than 20 PhDs. She has recently supervised to completion four students who studied a range of topics including: the digital lives of Muslim sportswomen; Hinateiwaiwa and the ritual knowledges of the whare tangata, Bhutanese refugees in New Zealand and Muslim women’s experiences of living in Hamilton, New Zealand. Robyn is currently supervising three students - one who is researching 'activewear', another, gendered dimensions of climate change, and the third, lesbians having children. 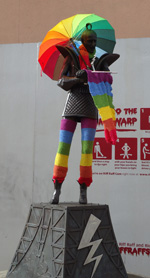 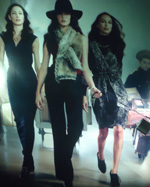