While the majority of us were finding ways to survive the heatwave last summer, eighty-three students blazed into their first year of study by enrolling in the University of Waikato’s Jump Start programme.

Jump Start gives students the opportunity to knock off their first 100-level paper of their degree in just four weeks over summer. Alongside the papers, students attend sessions on study skills, academic writing, how to use the University technology, developing a mind-set for success, library services, and staying healthy – all aimed at helping with the transition to University and giving a good base for being successful in their studies.

Last year six Tauranga students opted to head to the Hamilton campus to take part in Jump Start. Nick Wotton and Fiona Brown were among them. Now, with the first year of their undergraduate studies behind them, the pair are glad they made the decision to kick-start their studies early. They are also thrilled that Jump Start will now also be available at the University’s new Tauranga campus in summer 2020.

Fresh out of Bethlehem College, keen sportsman Nick could’ve easily spent the Summer of ’19 training for his next triathlon but when he discovered he was one NCEA credit short in physics, he enrolled in Jump Start instead. “I took the General Physics and Mathematics for Engineers paper which meant I could start and continue the year in Tauranga without having to do a make-up course alongside my first-year papers,” says Nick. “Jump Start was a good refresher for everything I’d forgotten from school.”

Opting to stay in Hamilton’s Halls of Residence while he studied, Nick made the the most of the subsided fees, three meals a day and good company. “It was amazing! I made friends with students from the Hamilton campus who I still catch up with, plus two who studied here in Tauranga with me,” he says.

Now he’s come to the end of a successful first year, Nick is looking forward to continuing his studies at the Hamilton campus in 2020. He reflects on his decision to do Jump Start. “I’d highly recommend the Jump Start programme to students who need extra credit or just want to get a head start on their studies. It gave me a confidence boost and an idea of what to expect from Uni. I’d do it all over again,” he says.

Originally from Waikato, Fiona Brown relocated with her family to Tauranga nearly 10 years ago. She had worked as a lab technician pre-kids and juggled several part-time jobs while they were growing up. The decision to embark on tertiary study in a Bachelor of Teaching (Primary) wasn’t made lightly, neither was committing to the Jump Start programme. However, the mum-of-three took some sage advice from education lecturer Dr Katrina McChesney. “During my interview to get into the degree Katrina suggested I sign up for Jump Start to help me understand how academic writing is its own genre,” says Fiona. “Plus, it would get my elective paper completed before Semester A began.”

Fiona stayed with friends in Hamilton during the week and, although she admits it was tough seeing her family only on the weekends, she believes the sacrifice was worth it. “When I got there it was good for personal growth, to get my head in the game and to realise what I was signing up for,” says Fiona. “It almost felt like a practice run, in a smaller group to get ready for the real thing.”

Fiona highly recommends the programme and is thrilled the University are offering the paper she took, Writing for Academic Success, in Tauranga this summer. “Jump Start was fabulous. I learnt so many things that have benefited my studies. I think everyone would benefit from enrolling in the programme, especially people like me who’ve been out of the loop a long time,” she says.

Associate Director Student Retention Projects, Sonya Breen, has been coordinating Jump Start since it started in 2018, and is pleased with how successful it is proving to be in helping new students transition to the University of Waikato.  Running Jump Start at the Tauranga campus is part of the expansion plan of the programme; Writing for Academic Success (WRITE100) is being offered on the Tauranga campus in summer 2020.

“Jump Start is all about getting familiar with the University environment; the place, the technology, the study skills, and the mind-set required to optimise students’ success.   The students tell us they feel more confident starting their studies, they have made friends, and feel comfortable being at University.” says Sonya. “This is exciting as it shows Jump Start really is working, and we are noticing that many Jump Start students are averaging higher success rates in their first year than their classmates.”

Jump Start runs over four weeks from Tuesday 28 January - Friday 21 February 2020, 9.00am - 3.30pm daily. Five papers are available in Hamilton and one in Tauranga:

Uni students can get a Jump Start on study is licensed under a Creative Commons Attribution 4.0 International License. 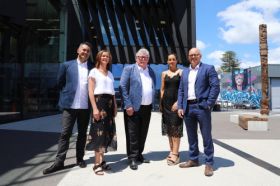 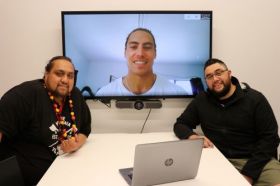 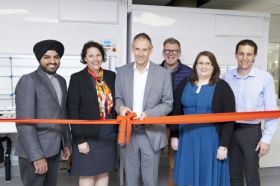 The University has opened new laboratories at its Tauranga campus... 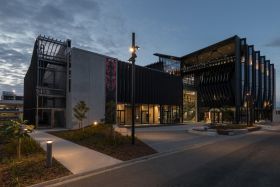 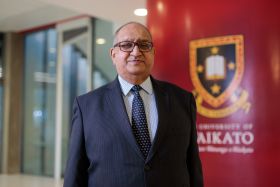 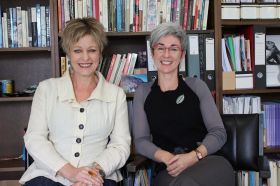 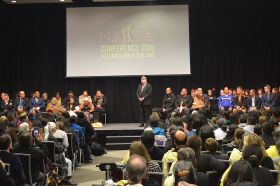