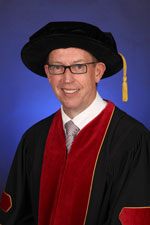 Professor Quigley became Vice-Chancellor of the University of Waikato in early 2015. Since his appointment he has led substantial change designed to improve the quality of teaching and research, align staffing with the challenges of the modern tertiary environment, and increase engagement with communities around the Waikato, Bay of Plenty and central North Island regions. The impact of this change is demonstrated by the University’s recent growth in student enrolments and rise in international rankings. Professor Quigley was previously Professor of Economics, Deputy Vice-Chancellor (Research) and Provost at Victoria University of Wellington, and Assistant Professor of Economics at the University of Western Ontario in Canada. Professor Quigley has extensive governance experience, and is currently Chair of the Board of Directors of the Reserve Bank of New Zealand, and Chair of the Risk and Assurance Committee of the New Zealand Qualifications Authority.

Professor Jones was appointed Deputy Vice-Chancellor in 2011 and became Senior Deputy Vice-Chancellor in 2015. He is the former Dean of Education and was previously Research Professor and Director of the Wilf Malcolm Institute of Educational Research at the Faculty of Education. He has managed and directed research projects that have informed policy, curriculum, and teacher development in New Zealand and internationally. His main areas of research are curriculum, teaching, learning and assessment, particularly in science and technology education. He has acted as an international consultant in curriculum and assessment and building educational research capability. In 2000, he was awarded the NZ Science and Technology Medal for his significant contribution to the development of technology education both nationally and internationally. 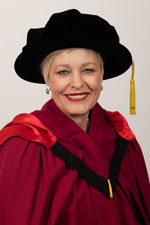 Professor Longhurst was appointed Deputy Vice-Chancellor Academic in 2015, following a term as Pro Vice-Chancellor Education. She is a Professor of Geography. Her work in gender, cultural and social geography is known and respected in New Zealand and internationally. Professor Longhurst has served as Chair of the Commission on Gender and Geography of the International Geographical Union and Editor-in-Chief of the journal Gender, Place and Culture. In 2010 she was presented with the Distinguished New Zealand Geographer Award. In the same year she received a University of Waikato Teaching Excellence Award and in 2013 a University of Waikato Research Postgraduate Supervision Excellence Award. She was a Member of the New Zealand PBRF Peer Review Panel ‘Social Sciences and Other Cultural/Social Studies’ in the 2006 and 2012 Quality Evaluation.

Professor Clarkson completed his BSc, MSc and DPhil at the University of Waikato, and joined the then Department of Science and Industrial Research in 1980, after completing his PhD in botany. He has worked for Landcare Research and rejoined the University of Waikato in 1999 as a lecturer. Professor Clarkson heads the University’s Environmental Research Institute and is recognised as one of New Zealand’s foremost authorities on ecological restoration, leading a $300,000 a year government-funded research programme looking at the best methods to restore indigenous biodiversity in cities. He has worked on a number of local restoration initiatives and in 2006 was awarded the country’s premier conservation award.

Professor Kirkman began her working life as a nurse and midwife in Christchurch. She then went on to complete a BA extramurally from Massey University and a BA(Hons) and PhD in Sociology from Victoria University of Wellington. Prior to her appointment as Acting Dean of the Faculty of Arts and Social Sciences at the University of Waikato in 2016 she was the Vice Provost (Academic and Equity) at Victoria University. Her other appointments at Victoria University included Head of the School of Social and Cultural Studies and Deputy Dean of the Faculty of Humanities and Social Sciences. Her teaching, research and publications are in the sociology of health, gender, sexuality, dying and death. She was the Deputy Chair of the National Ethics Committee on Health and Disability Research for a six year term and also Convener of the Victoria University Human Ethics Committee. 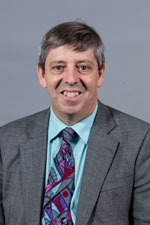 Professor Klinger was appointed Dean of Education in early 2018. He is a renowned researcher in assessment, measurement, and evaluation. His research explores measurement theory, the evolving conceptions of formative and summative assessment, and the uses and misuses of large-scale assessments and databases to inform educational policy and practice. With more than 130 manuscripts and reports, national and international research funding, and previous leadership experience in the post-secondary environment (Queen’s University, Kingston), Professor Klinger brings his skills and dedication to research and teacher education to Te Whare Wānanga o Waikato – the University of Waikato.


Dean of Computing and Mathematical Sciences

Professor Holmes gained an Honours Degree and Doctorate in Mathematics from the University of Southampton in the UK. Following a research position in the engineering department at Cambridge University, he joined Waikato in 1987 as a lecturer in computer science, and rose up the academic ranks. He was appointed Dean of the School of Computing and Mathematical Sciences in 2008. His major research interest is in machine learning, a topic that involves mathematics, statistics and computer science. He is best known both locally and internationally for his contributions to applied machine learning, deploying theoretical frameworks in practical situations. He is currently involved in collaborative research with local industry to provide automatic analysis of analytical testing procedures.

Associate Professor Rumbles graduated with a BA/LLB in 1996 with majors in History and English Literature. He completed his LLM (Distinction) at the University of Waikato in 1998. He spent three years working in community law and worked for Te Matahauariki Research Institute for 10 years on the Laws and Institutions for Aotearoa/New Zealand project. Associate Professor Rumbles lectures in the areas of crime and criminology and also teaches specialist fourth and fifth year papers in cyber law, including one of the core papers in the cross-disciplinary Masters in Cyber Security. His research and publications include new technologies as they interface with the law, indigenous rights especially in relation to criminal law, media and the law, cyber-crime and security. 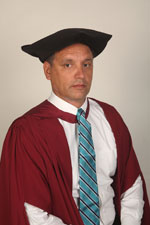 Dean of Māori and Indigenous Studies

Professor Hokowhitu was appointed Dean of Māori and Indigenous Studies (formerly Māori and Pacific Development) in January 2016, coming to Waikato after nearly four years as Dean and Professor in the Faculty of Native Studies at Canada’s University of Alberta in Edmonton. Before that he spent 10 years at the University of Otago culminating in being the first Associate Dean (Māori) in the Division of Humanities, whilst also being an Associate Professor in Te Tumu, School of Māori, Pacific and Indigenous Studies. Professor Hokowhitu has a Bachelor of Physical Education and Bachelor of Arts in Psychology from Otago, a Master of Arts in Physical Education from the University of Victoria (Canada) and a PhD in Māori Studies and Physical Education from the University of Otago. His research has led him to conduct an historical analysis into Māori in sport, and Māori and indigenous media. 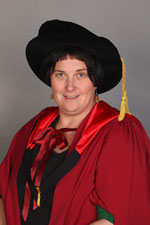 Dr Kirsten Petrie was appointed Acting Dean of Te Huataki Waiora Faculty of Health, Sport and Human Performance in April 2017. She began her career as a secondary school health and physical education (HPE) teacher and Head of Department at Cashmere High School in Christchurch. In 2003 she took up a position as a lecturer in in the Faculty of Education at Waikato, and simultaneously worked toward the completion of a Doctorate of Education (awarded by the University of Waikato, 2010). In 2016 she was made a Fellow of Physical Education New Zealand in recognition of sustained contribution and leadership to the subject discipline. Dr Petrie’s research focuses on health and physical education curriculum, teacher learning, and innovative approaches to pedagogy and practice in primary schools. Working with teachers as practitioners and researchers she has been involved in a number of projects that have sought to reimagine HPE in ways that support teachers and children to have meaningful experiences, relevant to their diverse backgrounds, needs and interests.

Professor Weaver began her working life with the West Midlands Police Force in Birmingham, England. She then went on to complete a BA and PhD through Stirling University's prestigious Department of Film and Media Studies and worked as a media researcher for the Stirling Media Research Institute. She joined the University of Waikato’s Department of Screen and Media Studies in 1995, and in 1999 moved to the Department of Management Communication. Professor Weaver was appointed Dean of the school of Graduate Research in November 2015. Prior to that she was Pro Vice-Chancellor Postgraduate from 2011. Professor Weaver has a range of research interests in communication, media, and public relations. She has published widely in journals and edited book collections and is co-author and co-editor of a large number of books. Her research draws on a range of theoretical and methodological approaches including audience and media user research, communication effects, critical, cultural, and poststructuralist analysis.

Dr Bowell was appointed Pro Vice-Chancellor Teaching and Learning in October 2015. She holds a BA (Hons) in Philosophy and French from the University of Sussex, an MPhil in Philosophy from the University of Cambridge, and a PhD in metaphysics and epistemology from the University of Auckland. She joined the University’s Department of Philosophy in 1993, she has served as Chair of the Philosophy Department, and has recently completed a term as Associate Dean (Academic) in the Faculty of Arts and Social Sciences. Dr Bowell’s research interests are in the areas of Argumentation and Critical Thinking, Epistemology, Wittgenstein’s Philosophy and Feminist Philosophy and she has published journal articles, book chapters and a book in these areas. Her current research focusses on virtue and argument; on the challenges of modifying deeply-held beliefs; and on Wittgenstein and mental health. She holds the elected position of Regional Director (New Zealand) of the Australasian Association of Philosophy.

Associate Professor Perszyk was appointed Academic Director, Tauranga Campus in 2016. He holds a BA in philosophy and history and a MA in philosophy from Marquette University, and a PhD from Victoria University of Wellington. He was previously Associate Professor of Philosophy and, for eleven years, Head of the School of History, Philosophy, Political Science & International Relations at Victoria. His research interests are primarily in philosophy of religion and metaphysics, and he has published journal articles, book chapters and books on topics in these areas. His current research project is a co-authored book that articulates and defends the philosophical and religious adequacy of a realist interpretation of theism that rejects supernatural divine personal agency. 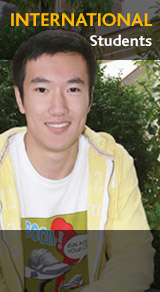