The University of Waikato Foundation

The Foundation raises funds to support the strategic objectives of the University. During its last campaign, the foundation raised $11 million for the WEL Energy Trust Academy of Performing Arts, Rec Centre, student scholarships and other projects. Currently, The Student Centre is a $30 million project to turn the university library into a sustainable and state-of-the-art facility. When completed, it will be among the best in Australasia and provide a focal point for Waikato University's Hamilton campus. Work began on the site in the first week of December 2008. The building is due to be completed in 2011.

The Foundation is the mechanism by which the University and its constituent parts may receive gifts, naming rights, donations, bequests, etc. Funds received are distributed by the Board of Trustees at its discretion and according to the wishes of benefactors. Funds may be for particular and stated use, or for the general purposes of the University. Naming rights to University buildings and facilities are also handled by the Foundation. 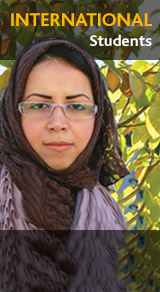