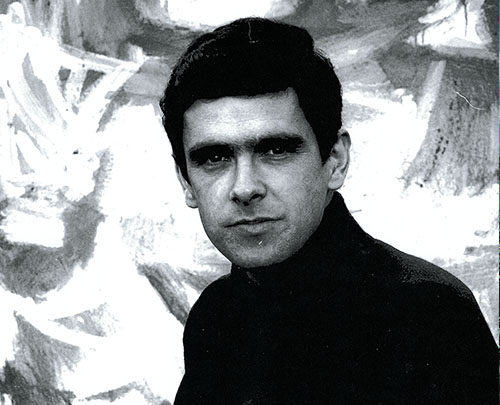 Edward [Ted] Nicolas Bracey (1936 – 2009) is remembered for his life-long commitment to art education. Bracey’s legacy is also that of a painter; taken with the abstract work of American artists such as Richard Diebenkorn (1922 – 1993), Bracey contributed to New Zealand’s art history, bringing an edge of modernism to it. English born, Bracey came to New Zealand as a teenager and later went on to study fine arts at the University of Canterbury College School of Fine Arts.

In 1966 Bracey took up the role of senior lecturer a Hamilton Teachers’ College, based at Hillcrest. He and his young family lived in Cambridge. As a painter he continually drew on the lush landscape of the Waikato. Over several decades he reinterpreted and revisited this subject numerous times.

In 2003, having held roles at universities in Australia and New Zealand, Bracey retired to the Waikato region, settling in Cambridge. He suggested the Waikato town had a ‘friendly twilight’ feel about it. Happy to be back in familiar territory, Bracey continued on his painting journey, once again exploring the immediate, and by now very familiar surrounds. Though Bracey’s oeuvre is broader than his Waikato works; this exhibition’s focus is on the works he made of this region. Penelope Jackson Curator