2019 Annual Report of the University of Waikato

The Annual Report provides detailed information on the University's financial status and summarises the activities and achievements of the University. 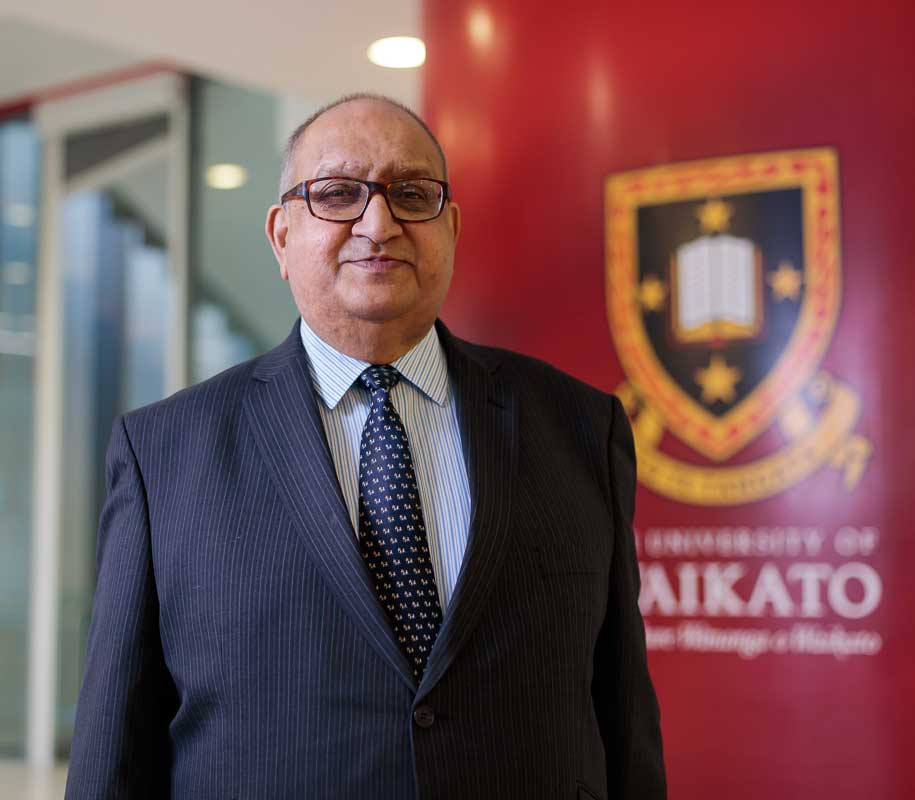 This is my first written contribution as Chancellor of the University of Waikato, having been elected to office by the Council at its meeting in August 2019. I had had very little association with the University before this time, and the two items concerning that can be stated briefly.

As a working Ombudsman, in the early 2000s, I was an outside consultant for some four years, to a University of Waikato Law School project called Te Matahauariki which examined New Zealand constitutional history from a Maori viewpoint. It was led by the late Judge Mick Brown and Professor Alex Frame, with both of whom I had been at Law School in Auckland in previous years. I enjoyed working regularly with a number of fellow consultants on the appraisal of graduate students’ work, as progress was made towards achieving a compendium work called Te Matapunenga.

Secondly, whilst serving as Governor-General, a decade later, I was invited to deliver a lecture about the role played by the Governor-General in the New Zealand electoral cycle. This was at the request of the

erstwhile Dean, Professor Brad Morse, and an article was subsequently published in the 2011 University of Waikato Law Review.

I had maintained a long-term general connection with my alma mater, the University of Auckland, as a Visiting Fellow at the Law School and as Co-Patron of the Alumni Society, and thus had some developed idea of what was involved in the life of a contemporary New Zealand University.

The approach from the Vice-Chancellor, Professor Neil Quigley, to express an interest in election as Chancellor of the University of Waikato needed cessation of those University of Auckland connections, as engaging and enjoyable as they had proved to be for some time.

After some little consideration, I was pleased to do this for a number of reasons. First, the modern-day University of Waikato had recently completed its first half century and now has in front of it a renewed challenge, serving a fast-growing community and seeking to satisfy its needs. Secondly, the University has in recent years advanced its position with regard to international rankings in a creditable fashion. Thirdly, the University has a distinctive way of including the Maori dimension, with nearly a quarter of the student population being Maori and many Pacific and other nations providing students also. Fourthly, its advancement of science and business and law as well as Maori Studies made it an attractive proposition. I mention respectfully, as I ought, the legendary quality of leadership that my predecessor Jim Bolger brought to the Chancellor role for a dozen years.

I then needed to make the acquaintance of Council members, in addition to the Vice-Chancellor, in a process that led to the August meeting and my election which was unanimous. I have spent the first 25 or so weeks, at the time of writing this piece, conducting three meetings of Council, acquainting myself with people in senior management as well as Council, and in study of the attributes of the particular kind of leadership that is called for in a Chancellor, including presiding at the December graduations of several hundred people at the Claudelands Events Centre in Hamilton and on the University marae.

A long professional life has seen me having to make contributions to the leadership of organisations large and small – being chair of the Commonwealth Foundation in London at one end, and patron of Friends of Fiji Health at the other. A University by any comparison is a huge enterprise, involving more than 10,000 people with funding provided by Government, businesses, individuals and students.

I am still actively engaged on a learning curve that has governance, strategy and risk as its three hallmarks and I am in a phase of absorbing good quality information and assistance that has been generously applied in my direction. In later written reports, I look forward to describing more of my experiences with these things.

There are some concrete items of which I can speak that demonstrate the good heart of things functioning under the leadership of the Council and the Vice- Chancellor and his staff. They include the central portal of the Pā at Hamilton which will be the hub of activity for people on campus in a way that has been missing until the present. It is already being said that the graduations at the end of 2021 may well take place there. A similar

thing can be said about the campus development in Tauranga where the support of local government and business has meant the functioning of faculties there working in concert with counterparts in Hamilton. Next in line is the Council itself which has a mixture of people appointed by the Minister of Education and those elected by Council. We have welcomed recently as new Members of Council, Associate Professor Eva Collins, Executive Director of the New Zealand Institute for Business Research, as a newly elected staff member and likewise, Paki Rawiri as a new member of Council following his nomination by Kingi Tūheitia.

Their complement includes senior figures in education, the legal profession and from at least three aspects of business and community, relevant to the needs and aspirations of the Waikato Bay of Plenty region. When the staff and student aspects are added, the total result is very pleasing and the challenge I have as Chancellor will be to ensure the satisfying contribution of all of those involved.

I end my contribution to the 2019 Annual Report with a well-known whakatauki or proverb that says “Mā whero, mā pango, ka oti ai te mahi”. Translated, this means, “With red and black the work will be complete”

The saying refers to co-operation, where if everyone does their part, the work will be complete. The colours refer to the traditional kowhaiwhai patterns on the inside of meeting houses.

I see my central task already as endeavouring always to ensure and galvanise that cooperation. 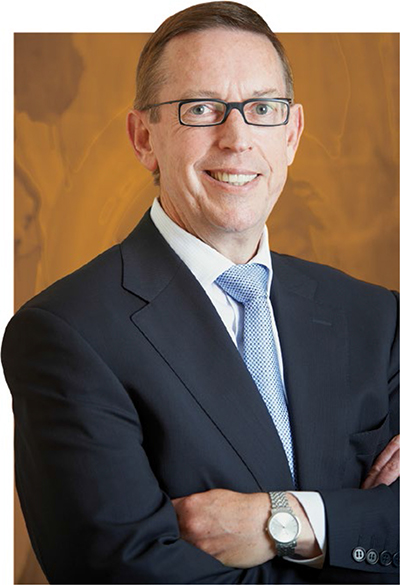 This year, the University of Waikato has seen considerable investment in new services, facilities and programmes designed to ensure we keep pace with the expectations of prospective tertiary students in our challenging and highly competitive tertiary environment.

The strong growth in international EFTS can be attributed to high demand for the University’s postgraduate programmes, in particular its 180-point masters programmes, and the expected increase in student numbers at the University’s joint institute at Zhejiang University City College, now entering its third year of operation. Domestic

performance reflects the decline in school-leavers nationally and in our key catchment regions, together with the strength of the job market in New Zealand.

Through the Tauranga campus development and now The Pā, the University has undertaken pioneering work around the cultural narrative and distinctiveness of key physical infrastructure. Our partnerships with Māori communities, the leadership of Māori staff and the vibrancy of the Māori student community are all distinctive features of the University and have become drivers for bringing culture, history and heritage into our built spaces in a deliberate and authentic way.

Planning on The Pā project has continued in 2019, with milestones including:

Following the tragic events in Christchurch this year, the University community united in its expression of grief, its sympathy for the families directly affected by the mosque attacks, and its solidarity with the Muslim communities of Aotearoa. I was proud to see the response from students and staff, and the strong aspirations to be a society free from racial and religious intolerance. The University has taken this opportunity to engage further with our Muslim communities, in particular looking at how we can best support their aspirations for participation in tertiary education.

The last year has seen two key advancements in health, with the launch of a Bachelor of Health and our announcement of a partnership with the Waikato DHB to launch a Bachelor of Nursing. New Zealand’s health system is under increasing pressure to provide health services to high-needs communities, and these developments increase our ability to meet these growing community health needs.

We continue to drive forward our research agenda, with a focus on building stakeholder relationships to collaborate on strong research proposals. These efforts

have produced another successful year for research revenue. The University has delivered more than $34 million worth of world leading research and attracted new research investment worth more than $53 million, securing a strong pipeline of research over the coming years.

The University of Waikato rose in the 2019 QS World University Rankings for the sixth consecutive year, to position #266=, climbing eight places higher than last year and 135 places since 2014. We were recognised for the quality, international standing and impact of our academics and their research, placing us 72nd in the world for citations per academic staff member.

These increases further reinforce the strategic direction of the University, the growth of our reputation nationally and internationally, and acknowledge the hard work and outstanding research of our academics.

In August 2019, the University Council elected Rt Hon Sir Anand Satyanand GNZM QSO as Chancellor of the University of Waikato. Sir Anand is a former lawyer, judge and ombudsman, and most well-known to New Zealanders for serving as the 19th Governor- General of New Zealand from 2006 to 2011. We are privileged to have the opportunity to have another outstanding New Zealander as our Chancellor and the University will benefit enormously from Sir Anand’s wisdom and experience.

I was pleased to accept the Council’s offer of reappointment as Vice-Chancellor for a further five years. Reflecting on my first five years, there are many areas where we have made substantial progress, but there are also many opportunities to build on the foundations we have laid to take the University of Waikato to a much higher level. I am ambitious for the future of this University, to promote even greater recognition of its research excellence and to make it the preferred destination for students from across the country.

I acknowledge members of Council for their support and guidance. I extend my appreciation to all University staff for their commitment To the University of Waikato.