There are an estimated 80,000 endemic species in New Zealand. Unfortunately, like many places in the world, many of our species are at risk or threatened (40% of our terrestrial species and 74% of our freshwater species).  Fifty-six of our bird species are already extinct. A diverse environment provides ecosystem services that are resilient to stresses on the environment.  Many of our programmes are aimed at studying the cumulative effects of environmental stress and exploring ways to restore ecosystems. Here we present some highlights from our activities over the last few years. 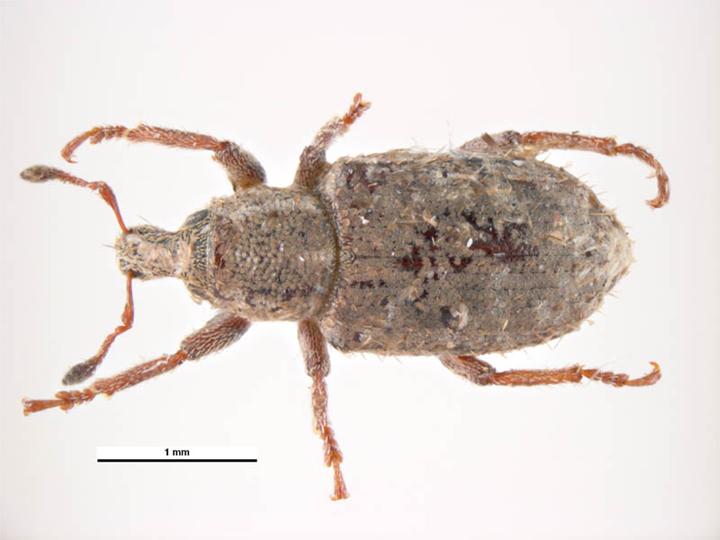 New Zealand's primary production and conservation estates are threatened by invasive species, some here already, and many currently being intercepted at our borders. One solution often applied in these situations is biocontrol, where a predator or disease of an introduced pest is imported to spread through the environment and control that pest. Biocontrol can be an effective, pesticide-free, non-GMO method of controlling damaging invasive pests, but new biocontrol agents are often ineffective. Thus, while an important tool, we need to be able to better predict when it will work well before we release a biocontrol agent to be sure that we are not introducing damaging species. In this project, we aim to leverage a remarkable 35-year experiment carried out in New Zealand Biocontrol on a parasitoid wasp biocontrol agent (to target the Argentine stem weevil) to identify genomic and genetic factors associated with both biocontrol success and failure. We will use this information to study biocontrol agents that are slated for release in New Zealand, developing tools to predict their effectiveness. By finding genomic correlates of successful biocontrol, we will improve biocontrol systems already present in New Zealand, reduce uncertainty around biocontrol systems being proposed, and ensure that effective methods are available to control future pests without increasing pesticide use. 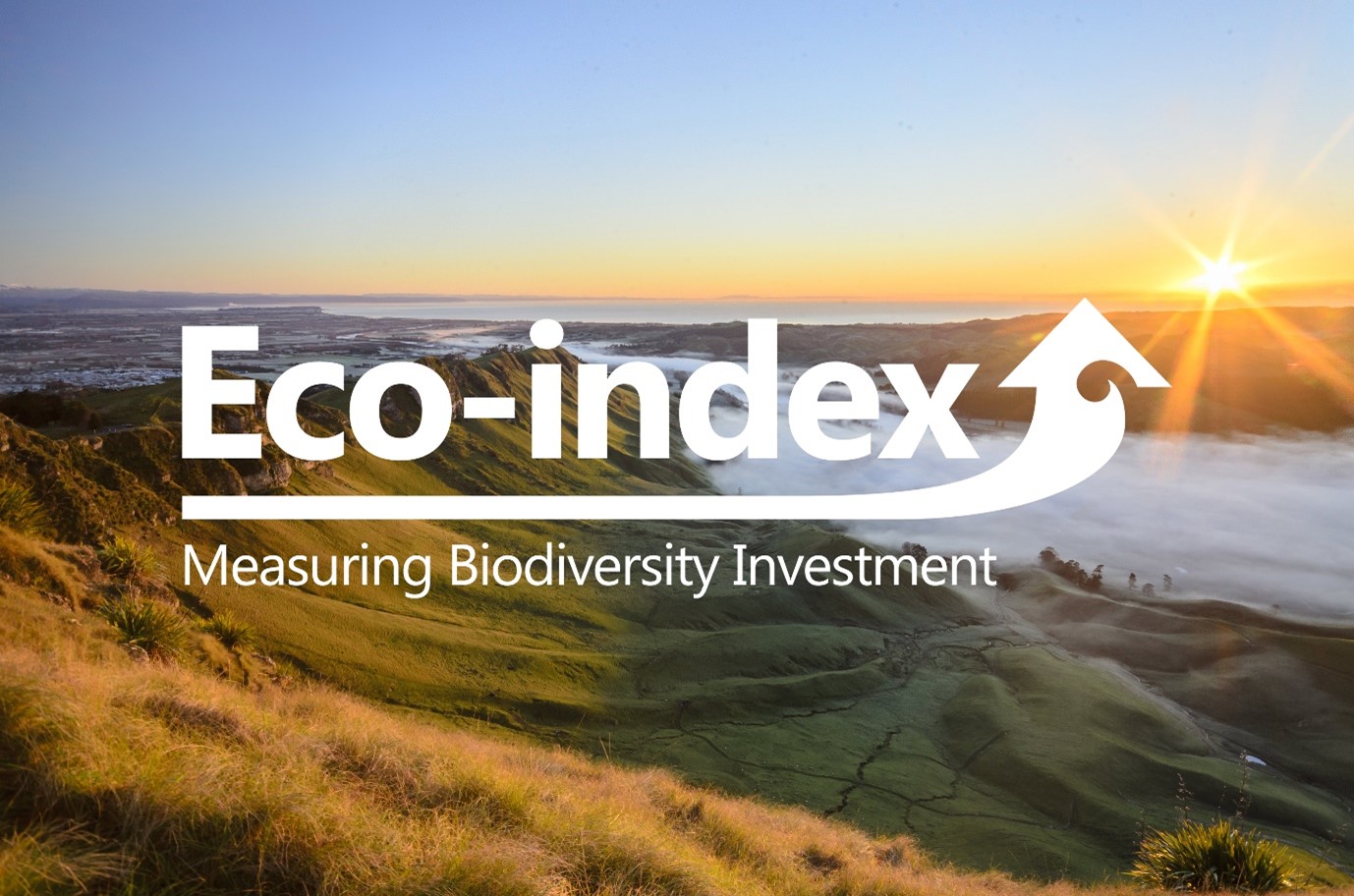 New Zealanders value their unique natural environments, but national and regional reporting shows that Aotearoa’s native biodiversity is degraded and under continued threat. A better approach is needed, and indeed possible, to restore ngā taonga katoa o te ao tūroa (our natural heritage). The Eco-index team are building both a national Eco-index and tailor-made eco-indices for different land management sectors to determine what actions are needed. Our objective is to link current investment in biodiversity with the impact being achieved on the ground and to identify the best investment opportunities for reversing biodiversity decline.

The Eco-index team has expertise in ecology, sustainability, economics, psychology, communication, database infrastructure, artificial intelligence, statistical modelling and strategy. Their 2020-2024 programme is a $3.1 million investment from the government-funded National Science Challenge “New Zealand’s Biological Heritage - Ngā Koiora Tuku Iho” which partners with all of Aotearoa New Zealand’s Crown Research Institutes and universities. The Eco-index programme is hosted by the University of Waikato, in the Environmental Research Institute and is co-led by Dr. Kiri Joy Wallace, Penny Payne and Dr. John Reid.

The divaricate form of many New Zealand plants is thought to have evolved as a defence against native bird browsing. Chris will use divaricate plants to understand the evolution of anti-browsing defences, combining experiments, environmental modelling, molecular systematics, and global meta-analysis. This study has the potential to resolve the longest-running controversy in New Zealand plant ecology, the polarising climatic and moa-browsing hypotheses. This is vital for understanding the status of divaricate plants in contemporary New Zealand, and to predict the impact browsing mammals and climate change will have on their future abundance and distribution. Funded by Marsden. 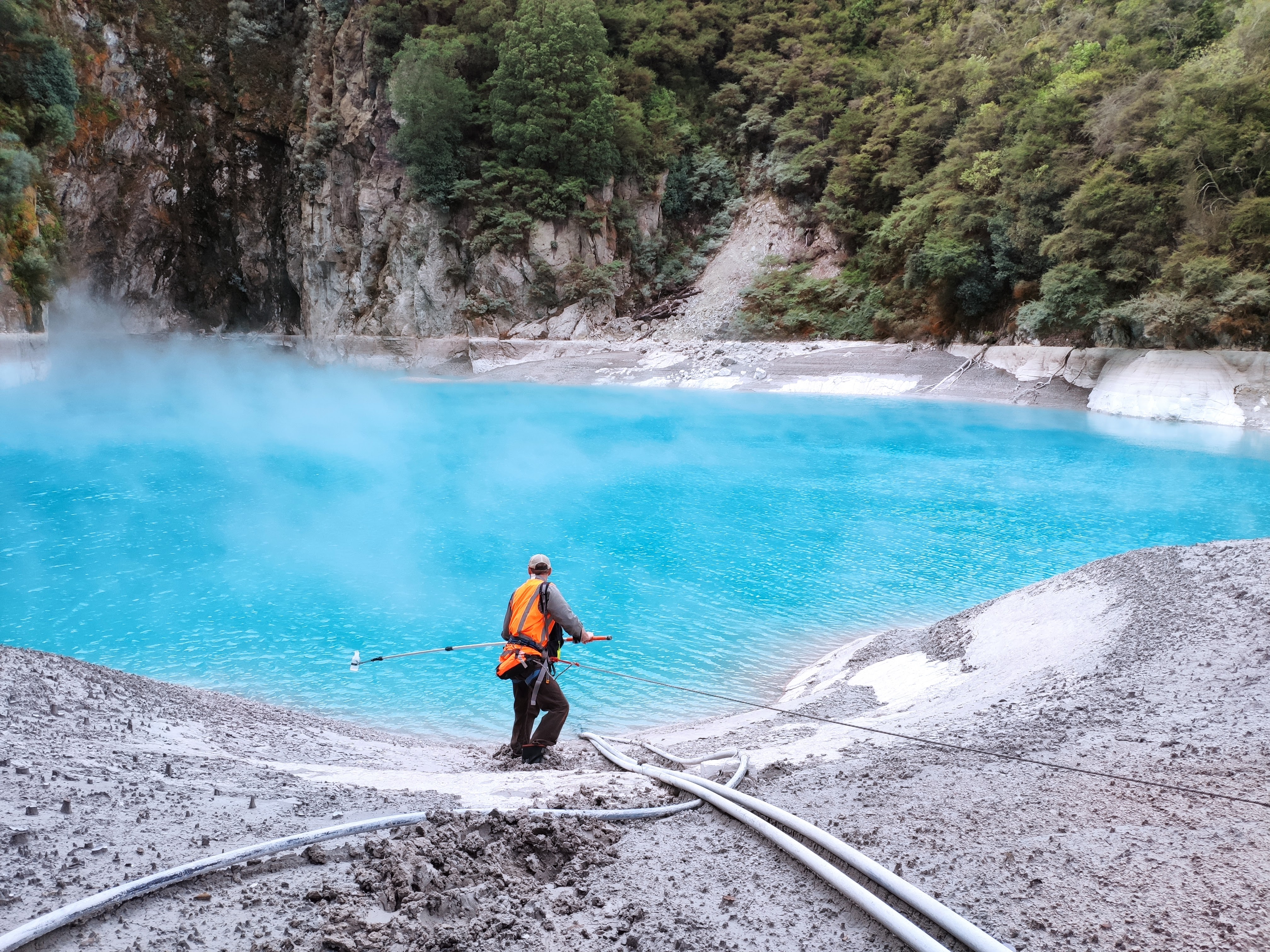 Natural bacteria populations are known to exhibit extraordinary genomic variation that isn’t explained by conventional evolution. Instead of natural selection acting on individual organisms which exhibit a trait, it acts directly on the genes that encode the traits. Recent studies have reported that there are selective sweeps of gene-specific mutations that benefit the entire bacterial population, which suggests that the current definition of bacterial “species” doesn’t apply to such bacterial populations. This project will examine the ecological population theory, which suggests that microbial populations are controlled by gene-flow boundaries, by pooling data from a near-national survey of New Zealand’s geothermal microbial communities. Funded by MBIE.

Illuminating the dark side of restoration: Soil food web reassembly in regenerating forests

This project will be the first to quantify how restoration planting drives the reassembly of soil food web structure and how ecosystems function. It will illuminate the dark, poorly understood realm of soil food webs in regenerating forests by looking at the energy flux across nation-wide forest restoration in New Zealand. The knowledge from this research will increase our ability to predict restoration outcomes for the biodiversity, functioning and stability of ecosystems. Funded by Marsden.

Although the significant impacts of modern human society on marine ecosystems are well understood, impacts of early humans are unknown. New Zealand was settled by Maori as late as the 14th century, making it the last major landmass to be settled by humans and one of the least obscured environments for early-human impact studies. Toheroa is an endemic New Zealand shellfish that is a taonga (treasured) species to Maori, and it is believed that its distribution is strongly influenced by historical movements of the shellfish by Maori. Matauranga Maori (Maori knowledge), archaeological record, and population genetics are being examined by Phil to better understand the extent to which early Maori manipulated their marine environment. This research challenges the idea that species distribution is mainly due to natural process and recent-human activity, providing insight into early-human component of species distribution. Funded by Marsden.

Competition for mates has driven the evolution of a spectacular array of exaggerated male traits, including those used as weapons. Christina is studying the New Zealand giraffe weevil to address this central problem in evolutionary ecology: What maintains variation in precopulatory and postcopulatory traits? She will use social network theory to study the complex interactions between individuals, as well as classical field-based behavioural studies and DNA paternity testing. From this research, we will understand how complex interactions among individuals can influence both pre- and postcopulatory sexual selection. Funded by a Rutherford Postdoc.

Drug resistance, emerging diseases, and agricultural pathogen outbreaks are a global issue, but more than 25 years of “shotgun” biodiscovery efforts to identify new control agents have had limited success. The synthesis of defensive allelochemicals by benthic marine species increases their ecological advantage and may allow their invasive success in new environments. This study proposes a novel, hypothesis-driven approach based on the chemical ecology of invasive species to fast-track natural product biodiscovery for medical and production applications. The development and supply of compounds from aquaculture and chemical synthesis has the potential to accelerate regional Māori economic interests for new marine-based and agrichemical industries in New Zealand.

Kevin has just finished a research project investigating the structure and energy flow through food webs in Waikato shallow lakes that are heavily invaded by non-native fish species. This is a collaborative project with Waikato Regional Council and involved stable isotope analysis of key food web components and gut analysis of fish to understand diet, sources of nutrition and trophic position in the food web. Kevin also examined nutrient excretion and biodeposit production by freshwater mussels to help resolve their contributions to lake nutrient dynamics. This work was funded by MBIE. 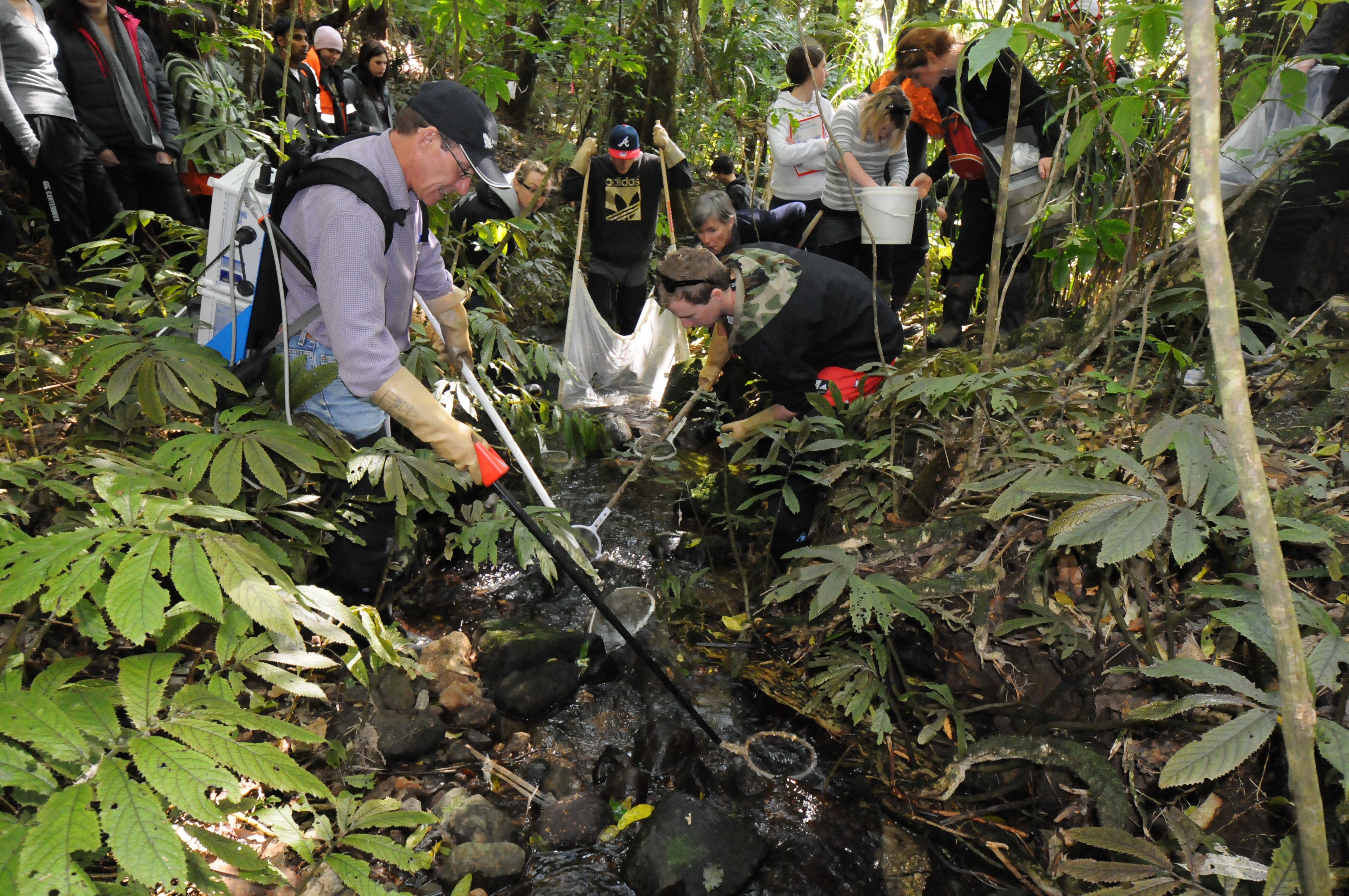 Understanding ecosystem function and the role of fish in freshwater ecosystems is key to determining the response of fish communities to the intensification of land use and climate change. Using stable isotopes of carbon and nitrogen to estimate energy flow and trophic relationships in aquatic food webs, the importance of marine-derived nitrogen sources to species such has coho salmon has been shown.  Work on the temperature and body size in fish metabolism, led to the development of temperature-corrected nutrient excretion models for a number of freshwater fish. Much of this work has been made possible by New Zealand's only electrofishing boat, a key resource for catching fish in nonwadeable environments. This work was funded by MBIE.