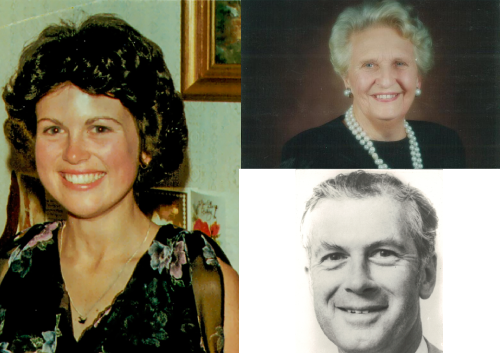 Philippa Broad had a passion for learning and exploring; she graduated with a Bachelor of Earth Sciences from the University of Waikato in 1979 just prior to being killed in the Mt Erebus crash with her father, Dr Jon Broad.

Philippa was dedicated to her studies and had just enrolled in a Master of Science at the time of the disaster.

She is remembered as someone who would set a goal and achieve it. Her brother Duncan says in addition to her love of learning, his sister had great culinary skills, “She was a brilliant caterer and could cater for a party while she was still a teenager.”

Jon, an anaesthetist at Waikato Hospital, encouraged Philippa’s pursuit of education and exploration. They shared an interest in the Antarctic and the family bought the Mt Erebus tickets as a gift for Philippa’s 21st birthday.

In 1983, a few years after the Erebus crash, Margaret Broad established the Broad Memorial Fund at the University of Waikato in memory of her husband and “bright and bubbly” daughter. Helping other students with their post graduate studies in Earth Sciences was part of Margaret’s healing process.

Margaret’s generosity and service is wider than the University; she founded Hospice Waikato in 1981. Her interest in Hospice grew from her own tragedy and she used the challenge to start an organisation dedicated to caring for people during the hardest times. Margaret knows what it’s like to be a recipient of support; when she established the new organisation, she was awarded a Winston Churchill Memorial Trust Fellowship to study hospice care. She spent two months visiting hospices in England and Scotland.

The Broad Memorial Fund supports students who are enrolled in the thesis year of a MSc, MSc (Research), MPhil or PhD qualification in Earth Sciences with priority given to research related to the Antarctic.

The University of Waikato has a long history of research and work in Antarctica, and some mountains and valleys in Antarctica are named after researchers at the University. In September 2021, the University also launched the world’s first Bachelor of Climate Change degree, designed to produce graduates who can lead future climate change solutions in all sectors of society.