A hand up with education 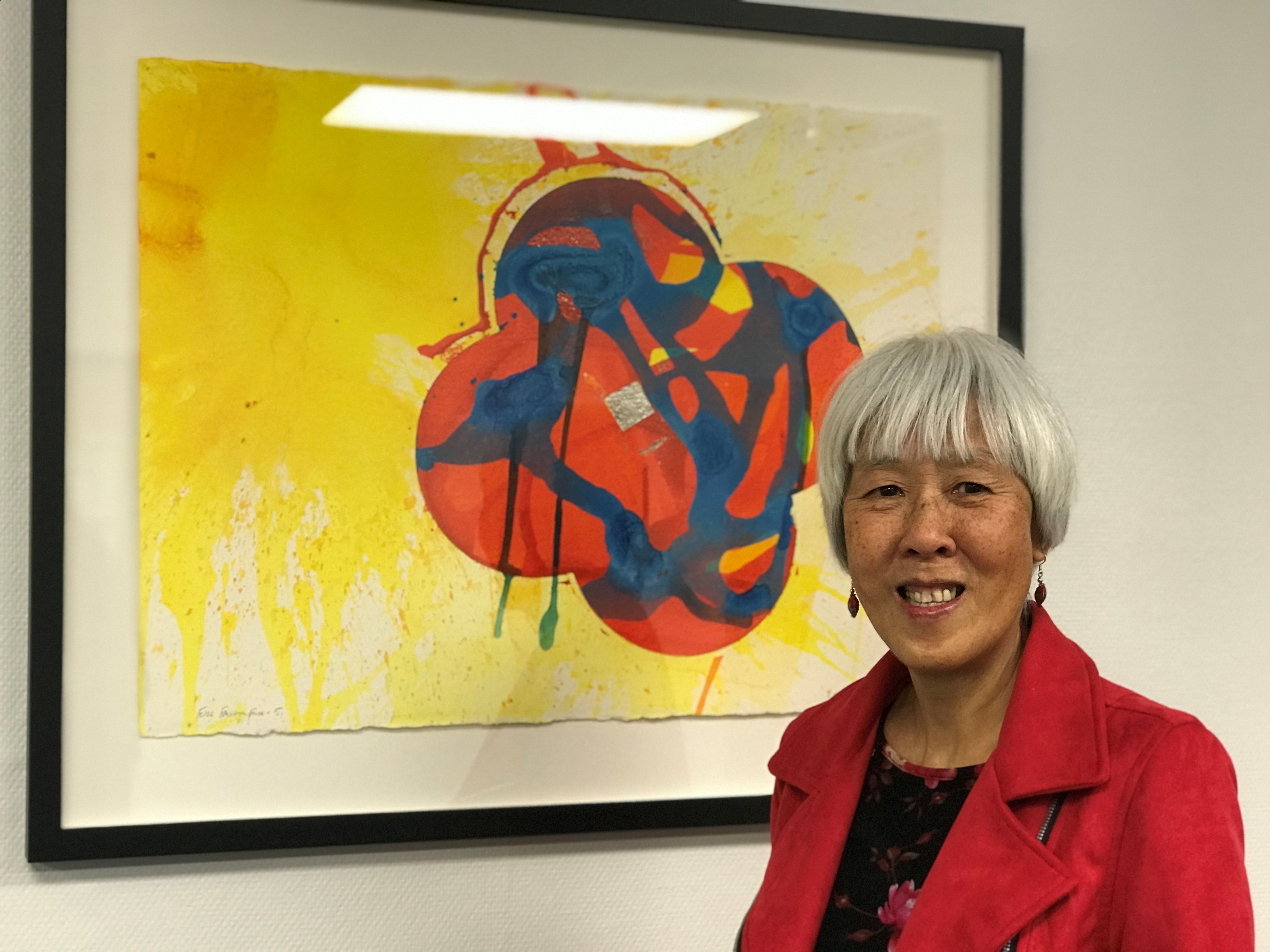 Nancy Caiger believes strongly that those who receive a helping hand in life should pay it forward, when they can.

It’s a sentiment she is proud to live by, and much of the support she provides to others today stems from having had help herself.

Growing up in Singapore, Nancy was the recipient of several scholarships, merit-based and financial, which fully funded her studies at the University of Singapore (now National University of Singapore). Nancy says the support she received was crucial and enabled her to go on and graduate with a first-class honours degree in economics.

“I vowed that however I could make a difference to someone’s life, the way my life had been impacted, I would do so.”

Nancy believes education is a stepping stone for a better future. That is why she established the Michael Caiger Memorial Scholarship, which in 2020 marks its 20th anniversary, to provide financial assistance to students with academic potential who may be financially constrained. The scholarship is named after Nancy’s late husband Michael, who passed away before he was able to finish his studies at the University of Waikato.

From Singapore, to the UK, and settling in New Zealand

Nancy left Singapore in 1981 on a work assignment in the UK. She married an Englishman, Michael, and lived in the UK for 12 years. In 1993 they moved to New Zealand and settled in Hamilton.

While they both had successful careers in investment banking in the UK, in New Zealand they turned their hands to property investment, seeking an avenue to give them time for other pursuits while generating an income stream.

“Michael never had the opportunity for further studies,” says Nancy. “He left school when he was 15, started work as a messenger boy, and worked his way up the corporate ladder.  At Waikato, he embraced the opportunity to fully explore what he was really interested in – history and political science,” says Nancy.

“As a mature student, Michael loved his studies at Waikato and felt a real sense of belonging there. Creating a scholarship in his name, to help promising students in areas that were of interest to him, seemed like a fitting way to honour his memory.”

Applicants for the Michael Caiger Memorial Scholarship need to be enrolled in full-time study in arts or social sciences. Students must also be in their second year or above. The reason for this, Nancy says, is that many people find they need additional help after an initial year of study has been completed.

“Students might have struggled a bit financially in their first year and only just managed to get by, but they’re potentially the people who might decide to stop studying to return to work to support their families, or for any number of reasons – those are the people I wanted to help.”

Nancy says she hopes recipients of the scholarship will go on to be mindful of their communities and look for ways they too can give back, regardless of their course of study.

“I see education very much as a stepping stone, and not necessarily to a specific job in the field you studied. There are fundamental skills in all areas of study that are useful: critical thinking, engaging with different people, and questioning what you see.”

A familiar face in philanthropy

Nancy is a well-known figure in the Hamilton community, particularly in the arts and supporting women.

She is Chair of MESH Sculpture Hamilton, which aims to bring contemporary public art to Hamilton, and an avid art collector and supporter of the wider arts community. She is a founding trustee of the Waikato Women’s Fund, which aims to support the aspirations of local women and girls, and was also involved in budgeting advisory for Hamilton Central Baptist Church, a role now largely done through the not-for-profit organisation, Christians Against Poverty.

In 2016 Nancy received a civic award for her services to the Hamilton arts and community, and in 2019 she received the CBD Hero award for being a champion of the Hamilton’s CBD. She is a life member of the Waikato Property Investors Association.