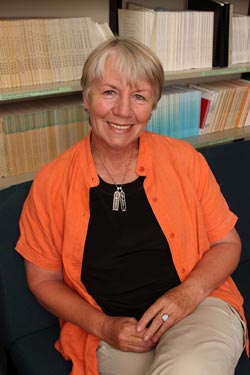 Future markets are often seen in terms of their projected size and growth rates. But in the 21st century, more important will be the age structure of each population and its impact on both demand and the ability to supply.

That’s the view of demographic expert Professor Natalie Jackson, director of the Population Studies Centre at the University of Waikato.

This week at Fieldays she’ll be giving a talk on the implications of demographic structural change for New Zealand’s farming industry as part of the University’s Fieldays Seminar Series.

Professor Jackson says the ageing of New Zealand farmers puts a big question mark over the future of dairying. “As the older generation moves into retirement, who is going to buy the farms and work on them?” she asks. “Farmers are the supply end of the equation, but we need to ask the same questions about projected demand.”

Developing countries – such as New Zealand’s key Asian markets of China and Vietnam -- are currently moving into their ‘demographic gift’ period, during which the 15-64 age group is at its biggest and there are the fewest dependent children and elders. This has huge implications for buying and spending power – and the kind of products that will be in demand.

Take icecream for example, says Professor Jackson. “If young people eat most of a country’s icecream, and young people decline as a proportion of the population, then you are not necessarily going to be looking at a growth market unless you change the product.”

She says New Zealand agricultural exporters need to be thinking ahead to take full advantage of these demographic changes in their key markets, and to make sure they don’t get caught out when growth in demand for certain products slows or stops.

Professor Jackson will deliver her seminar at 3pm on Friday 18 June upstairs in the Fieldays HQ Building at Mystery Creek.