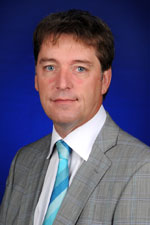 Mr McKinnon says the University had feared there would be no future CPI increases to Government funding, loss of equity funding, no funding for additional growth in EFTS in the university sector, no adjustment to the fee maxima regime for domestic students (the ability to increase fees) and no funding for new initiatives or capital projects.

“However the Budget has, to varying degrees, addressed these issues and we are anticipating a slight increase in Government funding in 2011 of $1.33 million after taking into account the loss of the tripartite funding adjustment for salaries of about $2 million,” Mr McKinnon says. This loss was announced in the 2009 Budget but comes into effect in 2011.

The key points in the Budget for universities are:

The impact of these points on the University of Waikato is:

Mr McKinnon says there is no new funding available in the Budget to improve universities’ capability or to support their ability to contribute to the sustained economic growth of New Zealand. Nor is there any funding available for capital projects.