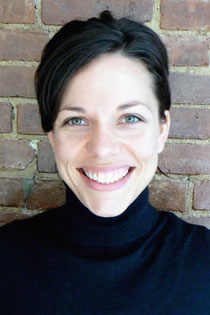 Nicky Black interviewed 125 people in seven countries in order to complete her PhD. She studied corporate citizenship in the oil and gas sector in Myanmar (also known as Burma) and her doctorate took four years to complete.

Black is now based in London working as an independent consultant but has returned to New Zealand briefly to have her doctorate conferred at Waikato University.

“I chose the topic for my thesis after being approached by a peace-building organisation who had been working in Myanmar for many years, and who wanted to understand how they could engage with business as potential partners in transforming the conflict in Myanmar.”

Myanmar has a history of conflict and political repression, and the gas sector is the main source of foreign income for the military government. “This means companies in the oil and gas sector with investments in Myanmar are targeted by international human rights campaigners, who call for them to divest from the country, or otherwise use their influence to put pressure on the government.”

Black analysed the strategies used by these campaigners, and their effects on gas companies. “Specifically, as the majority of investors in Myanmar are now from the Asian region, I was interested in how these companies could be encouraged to be more 'responsible'.

"I was able to interview over 60 people in Myanmar itself, but was very aware of the political sensitivity of the topic and the need to be extremely discreet and respectful of the situation of my participants.”

Her main findings were that campaigning groups based in the West find it very difficult to influence the activities of companies from the Asian region in relation to Myanmar. Companies from China, Thailand, India and South Korea are aware of the international campaigning groups, and broadly held concerns about their operations in Myanmar.

“However, given the high degree of state-ownership of these companies, the fact that many of them are not publicly listed, and the lack of civil society knowledge or action on their activities in Myanmar in their home countries, they are not as motivated to operate differently, or withdraw from Myanmar as Western companies might.”

Campaigning groups have shifted their focus to insurance and investment markets as a way to reach these companies, and continue to put pressure on the two remaining Western oil companies in Myanmar (France's Total and Chevron of the USA), but Black found that business-to-business lines of influence have a considerable effect on the adoption of more 'responsible' behaviour by Eastern companies.

Black intends turning her PhD thesis into a book for more general readership and has already found widespread interest in her work. She has posted her entire thesis, and separate chapters, on her website (www.nickyblack.com) where it has been accessed in 20 countries, including by 50 people in Myanmar, where elections are planned for later this year.

Black, a New Zealander who was born and raised in South East Asia, also has degrees from Oxford and McGill (Montreal) universities. In London, she works across the private, policy and civil society sectors as a research consultant to promote corporate citizenship, particularly in conflict-affected and high risk areas.

Her current projects include a scoping project on the possibilities for responsible enterprise in North Korea for a transnational consumer goods company; two reports on conflict-sensitive business practice for the Institute for Human Rights and Business; two guidance documents for responsible business for the UN Global Compact, a United Nations business initiative; and a sustainability benchmarking exercise for a new entrant in the luxury jewellery brand sector.

She arrived in New Zealand early after being stranded in New York by the volcanic ash closing UK airspace.

Campaigners, corporates and Myanmar is licensed under a Creative Commons Attribution 4.0 International License.