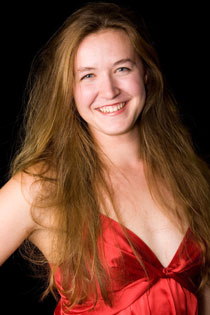 Rafaella Garlick-Grice: Joins the Opus Orchestra in Tauranga on August 14.

The University of Waikato 2010 Concerto Competition winner, Rafaella Garlick-Grice, joins Opus Orchestra as a soloist in the Connections 2010 concert in Tauranga on Saturday August 14.

Garlick-Grice will play Saint-Saens Piano Concerto No. 5 in F major Op. 103 as part of the evening’s performance. The piano concerto, nearly 30 minutes long, is nicknamed “The Egyptian” because of the Egyptian, Spanish and Oriental influences in the music, spurred from the composer’s travels.

Garlick-Grice is currently an Honours student at the University of Waikato studying performance piano and chamber music with lecturer Katherine Austin. She is a Hillary Scholar at the university and recipient of an Adastra Foundation scholarship for 2010.

In June she won the University’s 2010 Concerto Competition, which gave her the opportunity to tour with Opus Orchestra for the Connections 2010 concert, also being held in Hamilton on August 13 and Rotorua on August 15.

“This will be the first time I will play a full concerto with an orchestra. It’s a fabulous opportunity and I’m really excited to be rehearsing and playing with Opus,” says Garlick-Grice.

She begged her parents to be able to learn the piano, and when she was six, they agreed. She now practices more than four hours a day and has also learnt the organ and cello but says piano is her main focus and love.

Next year Garlick-Grice plans to stay at Waikato University to complete her Masters Degree in Music and may then travel overseas to continue with post-graduate study, aiming to carve a niche for herself as a soloist and chamber musician.

In 2009 on completion of her undergraduate degree at the NZ School of Music in Wellington, Garlick-Grice was awarded the Beckway Pianoforte Performance Award. During 2009 she also undertook three months of international travel as a member of ‘Duo Giocoso’, winners of the esteemed Pettman/Royal Overseas League Chamber Music Scholarship for 2008. The duo’s itinerary included three weeks at music summer schools in Switzerland and England. While in the UK ‘Duo Giocoso’ gave performances at St James Piccadilly, the National Portrait Gallery, St Martin in-the-Fields and the Edinburgh Fringe Concert series.

Conducted by Peter Walls, the Connections 2010 concert will open with the Rossini Cinderella overture “La Cenerentola”, and will also include Beethoven’s Symphony No. 2. University of Waikato music department lecturer Marin Lodge has composed an evocative and engaging New Zealand work that will be performed at the concert for the first time.