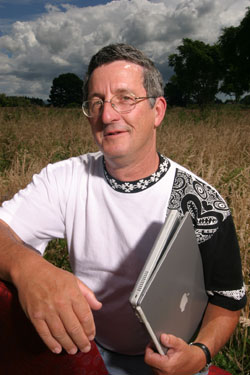 Professor Ian Witten, who heads the NZ Digital Library Research Group in the Department of Computer Science, joins an elite group of just 120 New Zealanders deemed to be key influencers and leaders in their field of expertise. The group’s open source Greenstone digital library software is currently used in more than 60 countries and by UNESCO for tasks ranging from collating information on disaster relief operations to development work.

Professor Witten said the award represented a significant acknowledgement of the global reach of the Digital Library Research Group. “It’s great to get recognition for the work we’re doing here at Waikato, and indicates confidence in great Kiwi ideas that can make a difference worldwide.”

The World Class New Zealand awards are an initiative of New Zealand Trade and Enterprise and Kea New Zealand. They have been awarded annually since 2003 to individuals who make a significant contribution to New Zealand’s success in the world. Eight awards have been made this year; the supreme award winner will be announced in March.