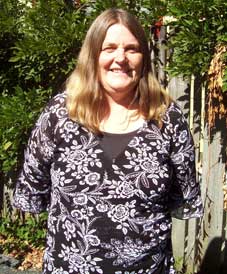 Nine years ago, the prospect of starting her doctorate threw Lesley Murrihy into a spin. On Friday April 16 the Taumarunui school principal and mother of eight will be surrounded by friends and family at her graduation at the Waikato University marae.

“I applied for the Doctor of Education programme and for a principal’s job, and was accepted for both on the same day,” recalls Murrihy. “I had a huge panic attack before my first EdD session at Waikato. And after that first week, I felt I’d jumped off a 100 foot cliff and was still falling.”

It’s been a long haul completing her doctorate while taking on a school leadership role and helping her husband home-school their eight children, but Murrihy says she wouldn’t have it any other way. “The EdD has been such a huge bonus for me and I know it’s helped in lots of the work I’ve done as school principal.”

The newly-minted doctor is principal at Manunui Primary, a decile one school on the outskirts of Taumarunui with a predominantly Māori roll. Thanks to Murrihy, Manunui has been selected for participation in a number of government initiatives including leading an Extending High Standards Across Schools (EHSAS) Project, and has also been part of Waikato University’s Great Expectations research programme which aimed to develop high expectations of students.

Her EdD thesis explored the benefits of coaching for professional development of teachers. “I was working as a new principal on how to become more culturally responsive in our teaching,” she says. “As we began to talk about these things it began to challenge some quite deep personal beliefs – we all had quite different takes on history, culture and race. My research has shown that coaching is able to provide a way to positively process these types of responses.”

Murrihy says setting up a coaching structure has proved hugely effective. “Manunui staff say they find it incredibly valuable for growth and development,” she says. “Coaching is about listening and asking questions rather than telling someone what to do. And the control is in the hands of the person being coached. One definition is that a coach is something that takes a person from where they are to where they want to be.”

Murrihy has received international recognition for her work. Together with her academic supervisor Associate Professor Jan Robertson, she was awarded an International Research Associateship with the UK’s National College of School Leadership and the University of Warwick to explore the relationship between the personal and professional development of teachers. And as one of four finalists in the 2006 National School Leadership Awards, she represented New Zealand at an international school leaders’ workshop in Beijing.

Now all the hard work is over, Murrihy has chosen to graduate on the marae so that as many people as possible can attend. “Being surrounded by whānau is important to me,” she says. “I have about 50 supporters attending my graduation - all of whom contributed to the achievement of my doctorate in some way.”

“Also Manunui School has 85-90% Māori students. Being culturally responsive and developing our dual heritage as bicultural New Zealanders is something that has been important to me as an individual and is also an important platform in my educational leadership.”