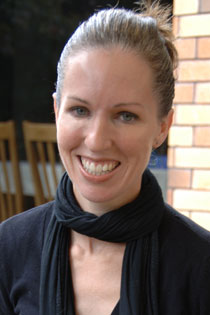 The internship, which runs for 12 weeks from November to January, aims to establish a greater understanding of the level of EU member state company subsidiaries with a base in New Zealand, and to establish their views on barriers to trade with New Zealand.

Collett-Bevan will work under the guidance of NZEBC President Monique Surges. The former Otumoetai College student, who is completing a Bachelor of Law with Honours at Waikato’s Te Piringa Faculty of Law, says she is thrilled to be accepted for the internship.

“I’m really happy to be given the opportunity to work within an organisation which essentially provides a gateway to the European Union,” she says.

Her application was praised by the EUCN Board members. Sarah Chrisite, Project Coordinator for EUCN, said Collett-Bevan “stood out amongst those who applied”.

Collett-Bevan says the internship will provide future opportunities in her career. “I hope that the outcome of the project will provide a valuable source of information for the Council, and help develop any future involvement I may have with the European Union through my own future endeavours.”

Collett-Bevan says the University has helped her throughout the application process. “Professor Margaret Wilson has been a great support, and was able to provide a reference for my personal application.”

Collett-Bevan has also recently placed third in the NZ Lawyer Student Writing contest. An extract from her paper will be published in NZLawyer2B which is distributed to around 10,000 lawyers, judges, academics and politicians.

Next year, Collett-Bevan will be working with Chapman Tripp in Auckland and will be admitted to the bar. “While I will be working in a Finance team, I hope I may be able to combine my interest in the European Union with trade and finance regulation,” she says.