Hard work pays off for graduate 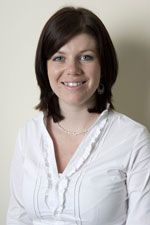 A dedicated advocate for young women has put her money where her mouth is by completing a masters degree by the age of 23.

Rachel Bowley will receive her Master of Management Studies degree in Management Communication at the University of Waikato marae graduation ceremony on Friday April 16. “It’s such an awesome feeling when you’ve completed it,” says Bowley. But she admits at the time it was pretty hard seeing friends finishing their studies and starting new jobs.

Her thesis looked at social media technologies and how they were used by two organisations for public relations campaigns. “Social media is new and exciting,” says the former Havelock North High School student. “It’s become a social phenomenon and I wanted to see how organisations could use it to communicate with the youth of New Zealand.”

Bowley found that even though there’s a lot of hype surrounding the use of social media, not many organisations are willing to take the plunge to use it. She has identified opportunities for future research, to help organisations navigate their way through the uncertainty associated with using social media technologies.

If doing a masters degree wasn’t enough, Bowley is also involved with the YWCA, an organisation which works to empower young women to reach their full potential. “I became involved with the YWCA two years ago as a scholarship recipient and later, I was elected to be the Vice-President of the YWCA of Hamilton’s Board,” she says.

Bowley has been selected as the YWCA of Aotearoa New Zealand’s young women’s representative – and the only New Zealander – at the International Aids Conference in Vienna in July 2010. “The YWCA does a lot of work to raise awareness of HIV and aids, sexual and reproductive health, and women’s rights, so it’s a chance for me to learn more about these issues and to bring it back to New Zealand.”

Currently, Bowley works as a licensed Immigration Adviser for Hamilton-based company, Pathways to New Zealand. “I can see how the skills I learnt from my time at Waikato University have definitely helped me get to where I am today,” explains Bowley. “The Faculty of Management really pushes you to think outside the square which helped me to differentiate myself from other candidates when I was interviewing for my current role.

“In my interview I had to present a campaign, so I presented a social media campaign, which they thought was a unique perspective. My research skills, writing skills and the ability to work independently to meet deadlines and multi-task were also an advantage.”

Bowley will join nearly 200 other graduates for her graduation ceremony at the University of Waikato Te Kohinga Mārama marae.

Hard work pays off for graduate is licensed under a Creative Commons Attribution 4.0 International License.