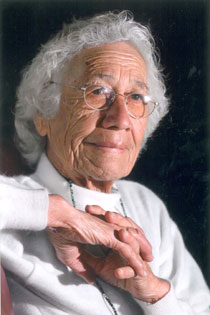 Roka Paora: is recognised as an expert and authority in Māori language, culture and history.

A pioneer of Māori language teaching and learning is being awarded an honorary doctorate from the University of Waikato.

Roka Paora QSM (Whānau-ā-Apanui) is nationally recognised as an expert and authority in Māori language, culture and history. As a teacher in the 1960s, based in her home town Te Kaha, Mrs Paora was a member of a pioneering group of Māori writers and educators who developed creative resources and ways to teach Māori language in the context of iwi and hapu experiences, history and whakapapa.

Her expertise in Te Reo saw her called upon to be a translator, editor, researcher and composer, assessor and examiner, tutor and television adviser.

Her many publications include the Learning Māori with Parehau and Sharon series, “Kia Ora”, a bi-cultural social studies classroom resource, and a comprehension book for the Te Wharekura Māori language school journal. She was also co-editor of the revised seventh edition of the Williams’ Dictionary and the Ngata Dictionary. Mrs Paora was also an adviser to the Ministry of Justice and the National Kohanga Reo Trust.

More recently, alongside her more weighty texts, she translated Disney books into Māori, including Lilo and Stitch, Winnie the Pooh, Aladdin and Barney.

“She has been a leader and teacher, and a carrier of knowledge passed down to her by her Kaumatua, which she in turn has passed on to her students and her wider community,” Professor Crawford says. “Mrs Paora worked at Waikato University for a time, going out of her way to help staff expand their knowledge of Māori language and literacy. Her research and writing now informs their research and teaching.”

Mrs Paora will have her honorary doctorate conferred at a ceremony in Opotiki on August 23 by University of Waikato Chancellor Jim Bolger and Professor Crawford.