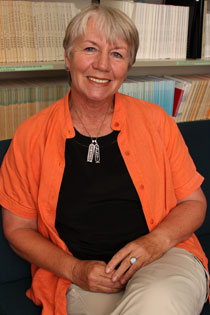 There are more of us getting older, and fewer being born to take our place. So what will that mean for New Zealand as a whole? Waikato University’s first Inaugural Professorial Lecture for 2010 looks at the looming threat of accelerated population ageing.

The free public lecture on May 18 is by Waikato University’s Faculty of Arts and Social Sciences Professor Natalie Jackson. Prof Jackson, director of the university’s Populations Studies Centre, will deliver a lecture called The Demographic Contract.

The lecture focuses on Prof Jackson’s research into how accelerated population ageing will threaten the existence of New Zealand’s welfare state. Her lecture will propose the need for a society shift which prioritises children and redistributes access to age pension according to whether or not one has been a parent.

Inaugural Professorial Lectures are the university’s way of formally introducing new and recently appointed professors to the wider community.

Prof Jackson’s public lecture takes place at 6.30pm on Tuesday May 18 in the WEL Energy Trust Academy of Performing Arts at Waikato University. The Opus Bar is open from 5.30pm.