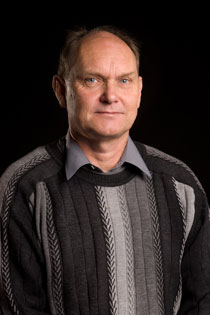 Rod White: Will receive a Doctor of Science degree from the University of Waikato.

Metrologist Rod White will receive a Doctor of Science degree at Waikato University’s graduation ceremony this week, thirty years after graduating with a Master of Science (Honours). He’s one of hundreds of students having degrees conferred at ceremonies on October 20 and 21.

Doctors of Science degrees are awarded for an original work of special excellence in a chosen field that has been published in a scholarly journal or book, work that must then be examined by a panel of judges. They aren’t awarded very often.

White is a metrologist - someone who studies measurement - and his specialty is temperature measurement. During his career, he has authored or co-authored more than 100 articles in his specialist subject, of which 50 were selected for the DSc and examined by experts from National Physical Laboratory in the UK.

“Metrologists engage in a type of arms race,” says White. “Our job is to build the national measurement standards according to the international definitions for the various units of measurement, like the meter, the second and the kelvin. These standard instruments are then used to calibrate the commercial measuring instruments. As commercial instruments improve and develop we’ve got to understand the problems and find the next generation of measurement technologies and techniques to exploit.”

White is currently Head of Temperature Standards at the Measurement Standards Laboratory at Industrial Research Ltd (formerly part of the DSIR) based in Lower Hutt. His work spans both industrial and fundamental techniques and includes noise thermometry, radiation thermometry, and platinum resistance thermometry.

His interest in radiation thermometry began in 1987 when he was called in to help investigate measurement problems at the Motonui synthetic fuel plant after the ‘meltdown’. The new measurement methods developed there have saved Methanex about US$1m per year, and helped a lot of other New Zealand companies.

Twice he has been asked by US scientists at the National Institute of Standards and Technology (NIST, USA) to assist with their noise thermometry project, and has worked with UK, US and Japanese scientists on several aspects of platinum resistance thermometry. He sits on a number of international panels and committees.

“As our techniques evolve, international definitions of the units must be improved to accommodate the steadily increasing requirements for accuracy and precision from both industry and research. The wide variety of activities metrologists get involved in makes the job really interesting; we have opportunities to work on fundamental physics and chemistry, through mathematical modelling, to engineering and education.”

To celebrate his DSc, White says he’ll be having a few quiet dinners with family and workmates. “Science is not something one person can do by themselves, and I’ve a lot of people to thank.”

After that, it’s back to business with some joint projects in China where he’ll be working with an old colleague from the US project. “I’m looking forward to working with him again and getting stuck into a problem that has been bothering us for a while,” he says.