Micro-businesses too big to be ignored 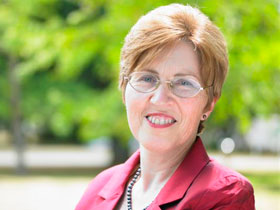 Professor Delwyn Clark: "It's a sector with substantial potential, with a vast majority committed to growth."

A new study by Professor Delwyn Clark at Waikato University Management School and Heather Douglas from Home Business New Zealand Ltd has looked at characteristics of this sector that makes up a large proportion of New Zealand’s small and medium businesses - 89% of New Zealand businesses employ five or fewer employees but most want to expand.

This study focused on firms operating at home, such as accounting or professional practices, and firms operating from home where the owner operator works out in the field or at a client’s premises but does all its admin at home – trades people, such as carpenters and plumbers.

“Official statistics have not been routinely collected on this sector,” says Prof Clark, “but when Statistics NZ was asked to provide an estimate, they came up with 176,991 enterprises, and I’d suggest this is a modest estimate.”

Called micro-enterprises, Douglas and Clark surveyed 522 of them. More than half had one full-time employee; most businesses were less than ten years old, while 73 had been operating for 15 years or longer. The owners spent an average of 32 hours a week on their business. Incomes varied from less than $25,000 to in excess of $500,000.

Heather Douglas from Home Business NZ Ltd, which publishes the homebizbuzz.co.nz web site, says the sector is underappreciated. “It’s estimated that the HBB sector contributes around $10 billion a year to the economy. This is important because it’s from these grassroots levels that larger businesses emerge.

"It provides opportunities for self-employment for people who might otherwise be unemployed, and there is enormous potential for these businesses to dramatically increase their turnovers and profitability."

Prof Clark says the most common business was one offering multiple products in a single market or industry.“They’re not, as we’d perhaps expected, sticking to single products in a narrow market. In fact there was a good spread of sales in regional, national and international markets, though revenue from international sources was relatively low.”

Growth in the sector says Prof Clark, can in part be attributed to technology, allowing for fast and direct contact with suppliers and customers through internet, websites, email and phone. She says what surprised her most was the sector’s aspirations for growth.

“So many of them, 92.5%, want to grow, they’re not complacent as prior SME research has suggested. I think that’s important for the productivity task force to know as it struggles to come up with ideas on how to improve the national economy. It’s a sector with substantial potential, with a vast majority committed to growth and its workers making full use of new technologies to promote expansion.”

Prof Clark says further research and analysis is needed to find out how the sector wants to grow, what its priorities are, what external influences might hinder or promote growth and what’s needed to support expansion.

Micro-businesses too big to be ignored is licensed under a Creative Commons Attribution 4.0 International License.