Aspects of the Hamilton Gardens will be explored in a series of public lectures starting in August at the University of Waikato.

The university’s Centre for Continuing Education presents a four-part lecture series which has different experts drawing on examples from within the Hamilton Gardens to illustrate power, belief and reason.

The Hamilton Jubilee Lecture Series begins on Tuesday August 24  with Dr James Beattie who will speak on gardens and power, and their reflection of changing social structures. Dr Beattie, a senior lecturer at Waikato University, specialises in environmental history, including garden history and the history of science. 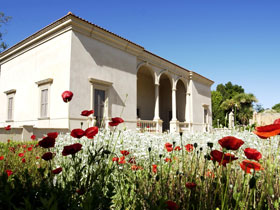 The final lecture on September 14 is delivered by ethnographic researcher Wiremu Puke, who will discuss power, belief and reason in Māori society with reference to the Te Parapara Garden. Mr Puke is a local government hearing commissioner and also an adviser to the Hamilton City Council on behalf of Ngā Mana Toopu o Kirikiriroa Trust.

The public lectures take place on Tuesday evenings from 6.30pm to 8pm and are held at the University of Waikato Hamilton campus, room S.G.02.

Power, belief, reason and the Hamilton Gardens is licensed under a Creative Commons Attribution 4.0 International License.