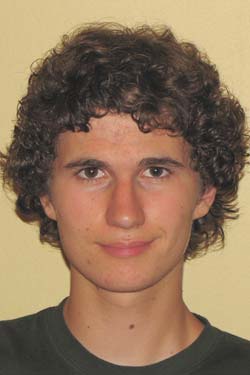 Solid Energy’s tertiary scholarships are open to students from its mining regions -- the West Coast, Southland and the Waikato -- and are awarded annually.

Sam’s enrolled for an engineering degree at Waikato and the scholarship will give him $2000 a year for four years.

“My family and friends all told me to apply – said I had nothing to lose, and they were right. The money covers a decent chunk of my fees,” says Sam. The 18 year old plans to major in mechanical engineering. “Maths and physics are the subjects I do best in; I got 96 per cent for maths in the Cambridge Exams and 86 per cent in physics.” He also got a string of excellences in NCEA Level 3 for calculus and statistics.

“Engineering’s probably in the blood. Dad was an aeronautical engineer in the air force and he now does software engineering, so I’ve always seen it as a potential career with a variety of opportunities.”

Sam also sat Scholarship in calculus, statistics, physics and English but won’t hear until the middle of February whether he’s been successful.