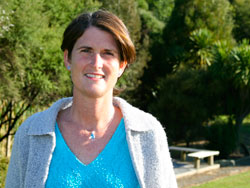 The economic downturn has created a growing sustainability divide, separating New Zealand businesses which “get” sustainability from those which see it as “nice to do”. That’s the key finding from a new survey on business sustainability practices conducted by researchers at the University of Waikato Management School.

The survey of more than 700 firms is the third in a series, making it one of the first studies in the world to track the impact of recession on sustainability practices with longitudinal data.

The previous surveys, conducted in 2003 and 2006, showed increasing uptake of sustainability practices, but the 2010 survey reveals a general decline -- particularly among small businesses which make up the overwhelming majority of New Zealand firms.

“In a recession, small businesses are hardest hit by the upfront costs of sustainability practices, and our survey shows they cut back the most.”

However, a small but significant group of firms have actually increased their uptake of environmental sustainability practices, such as recycling, reducing energy and water use, and environmental awareness.

“The recession shook out firms which had sustainability as an ‘add-on’,” says Dr Collins. “For those firms, sustainability wasn’t aligned with their core business, so when things got tough they let it go.

“But we found companies that were members of the Sustainable Business Network (SBN) went the other way, and even increased their uptake of environmental practices. These are firms that have embedded sustainability into their core business. So what we’re seeing here is the emergence of a sustainability divide.”

The concern is that New Zealand could risk losing its competitive edge by being on the wrong side of the global sustainable divide, says Dr Collins.

“We're increasingly marketing our products and services on a clean, green ticket, but the majority of firms are actually reducing uptake of sustainability practices. So while we recognise the market advantages of sustainability, it's not supported by substance.”

The 2010 survey reveals that social sustainability practices have taken the biggest hit in the recession, with most falling below 2003 levels. These include practices related to staff recruitment and retention, probably reflecting the easing of the tight labour market, says Dr Collins.

The survey also shows the impact of the recession on the number of senior managers citing personal values and beliefs as a positive influence in adopting social practices. This declined from 46% in 2006 to 29% in 2010.

“Comments written on the survey included statements like ‘We are just trying to survive’,” says Dr Collins. “It seems when managers are fighting for the survival of their business the values shift from treating their workers and community well to trying to keep the business afloat.”

The 2010 survey was sponsored by the UK-based Chartered Institute of Management Accountants (CIMA) and found that CIMA members had a higher rate of accountants participating in sustainability strategy than non-member companies, but still it was a minor role compared to the managing director, environmental, human resources and marketing managers.

The survey was also supported by long-term partner Sustainable Business Network (SBN) and a new partner, the New Zealand Business Council for Sustainable Development (NZBCSD), and showed respondents from both organisations were leaders in the uptake of sustainability practices compared to non-members.

Sustainability divide emerges in wake of recession is licensed under a Creative Commons Attribution 4.0 International License.