They do things differently here 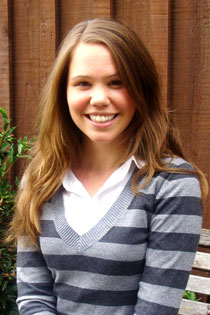 Vera Spratte: Knows how it feels to be a stranger in a new country.

It’s natural to be nervous when starting a new job, but moving to a new country, finding a job and having to communicate in another language can be downright scary.

Spratte knows what it’s like to be a stranger in a new country. She came to New Zealand from Germany as a 16-year-old exchange student, intending to stay three months.

In collaboration with Dr Prue Holmes from the Management Communication Department and working with the Hamilton Multicultural Services Trust, which manages the migrant internship programme, Spratte was tasked with finding out the challenges of migrants in New Zealand businesses.

Most of the interns Spratte interviewed said, the telephone was their least favourite communication channel, because they couldn’t see facial expressions and gestures.

While some interns liked emails because they provided time to use a dictionary, work out meaning and prepare a response, others found emails difficult to interpret. “Sometimes you don’t know if people are happy or if they are complaining about you,” said one intern about email communication.

“Other things they worried about were greetings – whether to shake hands, hug or kiss. And the informal nature of many offices in New Zealand, such as calling managers by their first names, was hard to get used to for some interns,” says Spratte.

Some of the interns says Spratte, found it a challenge to be outgoing, but the internship programme and its coordinator encourage new migrants to engage in small talk, as the social side of work is an important part of life in New Zealand.

“But they often struggled to converse in social situations. Language barriers increase in social situations, not helped by the fast paced Kiwi accent and colloquial words and phrases used more in informal settings. Many of the interns actually have excellent written English, sometimes even better than their local co-workers.

"Another problem is the different reflection of their personality due to language barriers. One intern told me she was a real chatterbox in her home country but in New Zealand she’s a silent person.”

One of the most useful things for migrant interns is having an independent person outside the workplace to talk about any concerns. “And for employers, if they are open to it, they may find their migrant interns have high levels of expertise in a particular area that they hadn’t previously found in New Zealand," says Spratte.

As a result of the internship programme Derek Fairweather appointed his intern to a permanent position.“Our intern is an absolute diamond,” he says.

“Julian is highly qualified and motivated. He is now a permanent and respected member of our team. I think he will deliver great success this year for us in South America where we have struggled to get traction for over five years. What more do I need to say?”

Vera Spratte says the summer research scholarship was an excellent way for her to gain hands on qualitative research experience. She is heading to Europe where she plans to work in marketing research and continue her studies with a Masters or PhD degree in marketing.

They do things differently here is licensed under a Creative Commons Attribution 4.0 International License.