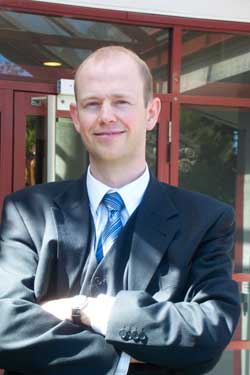 A research paper which throws new light on why some new brands fail and others succeed has been named top academic article for 2009 by a leading Netherlands research centre.

The paper, “Building Brands”, which appeared in the prestigious international journal Marketing Science, is co-authored by Waikato Management School’s Professor Harald Van Heerde, who has won a string of international awards for his research.

“Marketing budgets run into billions of dollars for major international companies, but they don’t really know what works and what doesn’t,” he says. “We’re developing new methods to allow marketing managers to make informed decisions.

“In this paper, we analysed the best strategy to build a new brand from scratch. Whereas most textbooks and practitioners would be inclined to focus on promotions and advertising, we found that actually distribution is the key to success. If your brand is not for sale in the right stores, no amount of advertising will be enough.”

Professor Van Heerde’s co-researchers were Dr M. Berk Ataman of the Rotterdam School of Management, Erasmus University, in the Netherlands and Professor Carl F. Mela of Fuqua Business School at Duke University in the United States.

The ERIM award is made by the Erasmus (University of Rotterdam) Institute of Management (ERIM) in conjunction with the management schools of the universities of Tilburg, Maastricht and Groningen. All four institutions are accredited by the Royal Netherlands Academy of Arts and Sciences.

The ERIM award committee said the paper was outstanding: an impressive and technically innovative econometric piece of work, it was likely to fundamentally change how managers and academics think about the relative contribution of different marketing instruments to the success of a new product.

The paper has also received an Emerald Citation of Excellence Award as one of the 50 best articles published in the broad management domain, and a Harvard Business Review article based on the research has also been published by co-author Professor Mela.

Professor Van Heerde recently received the distinguished Researcher of the Year award at the annual ANZMAC (Australia & New Zealand Marketing Academy) conference in Melbourne. The award is given annually to a member of the ANZMAC community judged to have made the most significant contribution to advancing our knowledge of marketing through their research.