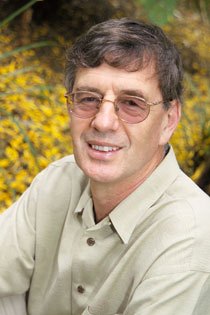 A passionate advocate for ecological restoration in urban areas has been named the new Dean of Science and Engineering at the University of Waikato.

Professor Bruce Clarkson is recognised as one of New Zealand’s foremost authorities on ecological restoration, and leads a $300,000 per year government-funded research programme looking at the best methods to restore indigenous biodiversity in cities.

Professor Clarkson is no stranger to the University of Waikato. He spent his student days at Waikato before joining the then Department of Science and Industrial Research in 1980 on completion of his PhD in botany.

Twelve years later he was posted back to Hamilton with Landcare Research, and in 1999 rejoined the University - this time as a lecturer.

More than 20 years on, the University of Waikato has built a solid reputation in the environmental sciences, due in no small part to Professor Clarkson’s work.

He has been a driving force behind local gully restoration initiatives and the Waiwhakareke Natural Heritage Park project near Hamilton Zoo among others, and in 2006 he was awarded the Loder Cup, the country’s premier conservation award.

As dean, Professor Clarkson aims to increase the University’s opportunities to make an even more significant contribution to New Zealand’s economy and environment and also to better connect with leading international research programmes.

“Science is increasingly a global activity in which teams from around the world focus on trying to find solutions to environmental problems, and I want our Faculty at Waikato to be recognised for its excellent research nationally and internationally.”

Professor Clarkson was an invited distinguished speaker at the World Cities Summit, held earlier this month in Singapore. Following directly on from the summit, he was co-opted on to the international expert panel developing the City Biodiversity Index to measure countries’ progress in relation to the UNEP Convention on Biological Diversity to which New Zealand is a signatory.