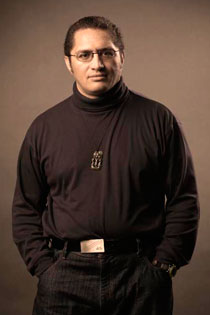 Dr Poia Rewi: Explores the complexity of Māori oratory in his book Whaikōrero: The World of Māori Oratory.

Waikato University alumnus and former lecturer Dr Poia Rewi has published a new book which explores the complexity of Māori oratory, both past and present. Whaikōrero: The World of Māori Oratory delves into the underlying philosophies of the art, which impact on, and are influenced by, a diverse range of systems within the Māori world, its culture, etiquette, and belief system.

It draws on Dr Rewi’s thesis, for which he conducted 31 interviews with exponents of whaikōrero and cultural repositories between 1995 and 2003, as well as examining documentary sources.

What makes whaikōrero more than merely a theatrical speech, he says, is the origin and function of the various components, the rites associated with the selection and qualification of its exponents, and its delivery.

“It is my hope that, by providing an in-depth account of the context of whaikōrero and, in particular, an explanation of its diversity and variability, core values and principles, intricacies and nuances, this book will provide a means by which the spirit of older whaikōrerocan be reinstated in the modern context and upheld by current and potential orators,” says Dr Rewi.

“Offering a worthwhile insight into tribal and individual uniqueness and specificity, as well as revealing comparative differences and similarities, could encourage a shift from ‘standardising’ the way whaikōrerois delivered. With an invigorated approach to both delivery and observance, and a more informed appreciation of whaikōrero, I hope there will be a resurgence of excellence in whaikōrero.”

The majority of Dr Rewi’s informants were chosen because they were renowned as quality practitioners of whaikōrero, well known throughout their tribal boundaries or recognised as great orators because of memorable whaikōrerothey had delivered.

“All of these kuia and koroua of the 1990s embodied a link with highly skilled orators they would have witnessed who would, in turn, have been educated by elders schooled in wānanga, the special schools of learning of the early twentieth century,” he says.

Dr Rewi (Tūhoe, Ngāti Manawa, Te Arawa, Ngāti Whare, Ngāti Tūwharetoa) is an associate professor at the University of Otago. He completed his MA at Waikato University, and previously taught at the University for 10 years before taking up his role at Otago in 2003.

Whaikōrero: The World of Māori Oratory by Dr Poia Rewi is available from Auckland University Press.

Waikato alumnus opens the world of Māori oratory with new book is licensed under a Creative Commons Attribution 4.0 International License.