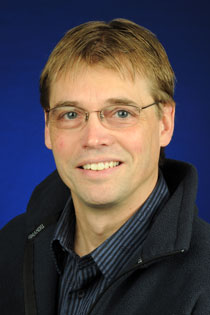 Dr Ian Hogg: New Zealand's representative at the international launch of the International Barcode of Life (iBOL) project in Canada later this month.

Imagine a catalogue of life at your fingertips; finding the name of any animal, plant, fungus or organism in an instant, without having to search through reference or guide books.

Waikato University’s Dr Ian Hogg is making this a reality through his involvement with the International Barcode of Life (iBOL) Project. The iBOL Project is assembling a DNA barcode library, which will essentially result in a simple way to identify any species world-wide. The project involves researchers from 25 nations around the world, including New Zealand, with a five-year plan to obtain DNA barcode records for 5 million specimens representing 500 thousand species.

On September 25 Dr Hogg will be in Toronto, Canada attending the international launch of the iBOL Project as New Zealand’s representative for the project’s Science Steering Committee. He has been involved in the project from its inception, first learning of the project nine years ago while on a field trip to Antarctica with iBOL’s lead scientist Dr Paul Hebert from the University of Guelph in Canada.

While at the launch Dr Hogg will present a five-year plan for his particular working group for the barcode project – freshwater bio surveillance, of which he is co-leader. The plan involves identifying 25 thousand species of aquatic insects, no mean feat considering fewer than 400 species have been analysed in New Zealand to date.

“Being involved in the iBOL project holds a lot of prestige for both Waikato University and New Zealand,” says Dr Hogg, who works on DNA sequencing with fellow Waikato University biologists Dr Ian Duggan and Dr Jonathan Banks. “Not only does it provide us with access to immense international expertise, but we also get to share our own knowledge with the world.”

Dr Hogg is currently undertaking research in lake restoration; looking at zooplankton and aquatic insects, as well as the biodiversity of Antarctica – work that complements his freshwater bio surveillance workgroup for the barcoding project.

“DNA barcoding will provide a routine identification capacity that we don’t currently have,” says Dr Hogg, who is excited about the possibility of a portable ‘DNA barcode reader’ sometime in the future, into which samples could be processed instead of the large DNA sequencers currently used.

“DNA barcoding already saves time by not having to send samples off to museums or other experts to be identified, but iBOL has a team working on a hand-held device which will literally put the world in your hand. The project has immense benefits for many areas outside of scientific research, including bio-security, border control, food safety and identification, international trade, farming and pesticides to name a few.”

Dr Hogg says the real measure of success for the project will be if, in 10 years time, every science-mad school-aged child has a DNA “barcoder” in their back pocket, identifying creepy crawlies in their back yards.