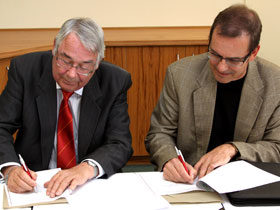 Waikato University researchers and Hamilton’s Age Concern have teamed up to study ageism.

Yesterday the two parties signed a memorandum of understanding to work together on a major study of older people’s experiences with businesses and other organisations.

At a function attended by the mayor Bob Simcock and the university’s Pro Vice-Chancellor Doug Sutton the ‘deal’ was officially signed between Professor Ted Zorn and the chair of Age Concern Peter Oetlli who is an emeritus professor and former Dean of Humanities and Pro-VC International for Waikato University.

Over three years, the researchers will be looking at how interactions are impacted or affected by ageism, study ageism’s negative affects and how they might be counteracted.

As part of the research, people will be asked to keep journals of their experiences in a variety of roles, such as employees, customers, investors, and volunteers.

In the third year of the project, older people and organisational representatives will come together to consider the initial findings and collaborate to create recommendations for counteracting ageism.

The research is being funded by the Foundation for Research, Science and Technology. An MOU has also been signed with the Rauawaawa Kaumatua Charitable Trust. 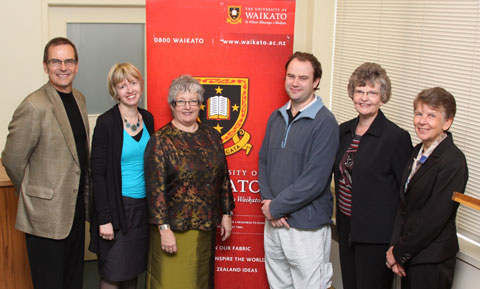