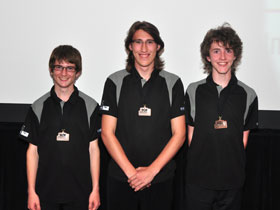 First-year computer science student Boris Pfahringer has come away from the 2010 International Olympiad in Informatics with a bronze medal for the second year in a row.

Pfahringer was part of a four-strong New Zealand team at the world’s premier high school programming competition, held last week at the University of Waterloo in southern Ontario, Canada.

The 2010 IOI featured more than 300 top computer science students who were selected through national computing contests. Some 250,000 students from more than 80 countries compete each year to represent their country at the competition.

Competitors have to demonstrate their skills in problem analysis, design of algorithms and data structures, programming and testing.