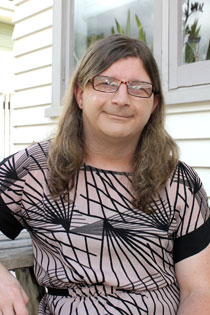 Gender is determined while still in the womb, but for those who are born with both male and female anatomical characteristics, gender is often determined by a doctor or parent.

Waikato University’s Te Piringa-Faculty of Law doctorate student Rogena Sterling is looking into the legal processes surrounding intersexed children and why the choice of having genital life-changing surgery isn’t made by the child. She will present her research as part of the faculty’s Justice in the Round Conference held at the university on April 18-20.

Sterling was born intersexed and had genital-normalising surgery to make her more male-like at age four which was then repeated at age 15. The choice was made by her parents.

“Intersexed children are forced to have surgery – their only crime is that they are born different,” says Sterling. “My research is looking at why the law of ‘informed consent’ is not helping these people and why such surgeries still continue.”

Sterling says, “Social constructions have seen these conditions become medicalised by doctors even though it’s not a medical problem. None of these conditions require surgery for the health of the person. This is all done for the social and cultural benefits of the population and not of the individual.

“Surgeries often occur because parents don’t know what’s going on due to the veil of secrecy surrounding these natural conditions,” says Sterling. “But if parents were fully informed, even about the possible negative effects their child could experience, evidence suggests that they would still go ahead with surgery because of the stigma as well as religious beliefs and social and cultural factors.”

Sterling will be presenting her research as part of the Te Piringa-Faculty of Law Justice in the Round Conference being held on April 18-20. The conference will see a range of speakers address issues of justice from custom and cultural perspectives to rights and dispute resolution.

The Justice in the Round Conference is part of celebrations to mark 20 years of legal education at Waikato University. Following the conference, the faculty will be holding a reunion gala dinner for current and former students and staff on April 20. Hamilton Mayor Julie Hadaker and Māori Land Court Judge Craig Coxhead, who are both graduates of the faculty, are the keynote speakers.