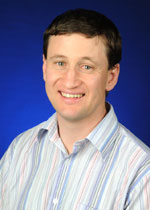 Dr Adrian Pittari: Is part of a GNS Science-led project hoping to find remnants of the Pink and White Terraces.

Waikato University researchers will join an underwater survey of Lake Rotomahana, looking for clues about what happened to the Pink and White Terraces.

It is thought that the Terraces were destroyed in 1886 when Mt Tarawera erupted violently, causing an explosion described by Waikato University volcanologist Dr Adrian Pittari as similar to throwing water on boiling cooking oil. The eruption is thought to have blown the Terraces to pieces with the force of an atomic bomb.

The scientists are hoping to discover that remnants of the Terraces have been preserved, although they may now be buried under metres of lake sediment.

The project is led by GNS Science and involves the collaboration of the University of Waikato, an American team of scientists led by Woods Hole Oceanographic Institution and the Te Arawa Lakes Trust Board.

The Waikato University scientists will be involved in taking sediment samples from the bottom of the lake and are especially interested in the volcanic material, which is known as Rotomahana mud.

“As geologists we are interested in the structure of the lake floor and finding where the 1886 eruption vents and active hydrothermal vents are positioned,” says Dr Pittari.

“We’ll be taking samples of the volcanic materials and doing tests to see what that material is made up of. We expect that there will be a mix of rock pieces which were present before the eruption, together with solidified magma. The types of fragments and their proportions will indicate the way the eruption blew apart the magma and surrounding landscape.

“These tests will also be able to show if there are any traces of the Pink and White Terraces within the sediments. This will be crucial if mapping of the lake does not show any solid structures or remnants of the hydrothermal system which created the Terraces.”

Dr Hendy will use chemistry to investigate the water in the sediments at the bottom of the lake, especially around active hydrothermal vents.

“Lake Rotomahana is not only the youngest of the Te Arawa lakes, it is also the second deepest (after Lake Taupo), has the highest flow of geothermal water into its lake floor and is amongst the most difficult to access. We are very fortunate to be able to access specialised equipment from America to help us potentially locate the submerged vents,” says Dr Hendy. 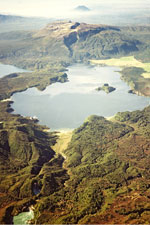 The Autonomous Underwater Vehicle (AUV) being used to search the lake bed is a two metre long torpedo-shaped robotic vehicle, known as a Remus 100.

The AUV uses high-tech instruments to precisely measure the bathymetry (depth) of the lake floor and the magnetisation of the rocks, and carries sensors that can locate all the lake floor hydrothermal vents by measuring very accurately properties such as the water temperature, acidity and clarity.

The vehicle has been brought to New Zealand by Woods Hole Oceanographic Institution for the project.