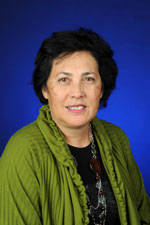 The University of Waikato has recommitted as a strategic partner of Te Matatini – New Zealand’s national kapa haka competition being held this year at Wai o Hika Estate in Gisborne on February 17-20.

The biennial competition, which dates back to 1972, involves more than 1500 performers making up 42 teams and representing 13 regions across New Zealand and Australia.

Waikato University Vice-Chancellor Professor Roy Crawford said the national prominence of Te Matatini and its importance to Māori makes it an ideal relationship for the university.

“Waikato University was the first university to establish a School of Māori and Pacific Development and Te Reo Māori teaching and learning is accessible and fostered across all faculties of the university.

“Our partnerships with Māori – particularly Tainui, but also many other iwi across the country – have always been a fundamental aspect of the university’s identity.

“We have the highest proportion of Māori students of all universities and our graduates are sought after and working in key roles both nationally and internationally,” he said. “The passion and commitment to excellence that is consistently displayed across Te Matatini are values embraced by this university.”

“Waikato University is committed to promoting and supporting Māori kaupapa and tikanga, and this event will provide us with a unique opportunity to work on projects which celebrate Māori. Many of the university’s students, staff and alumni will also be taking part as performers, tutors or judges.”

During the four days of Te Matatini, the University of Waikato will have a strong presence in the exhibition area. Professor Smith says that even though the university year begins on February 28 there are opportunities for late enrolment as well as considering courses in B Semester (July).

“There’s been a lot of discussion in the media about government funding of universities and perhaps some potential students in places like the East Coast think there are no places left. However, there are places left in many programmes and we are particularly encouraging Māori students to apply.

“We will have plenty of university staff on hand at Te Matatini to answer questions and even assist with enrolment on the spot. And of course a large number of our Māori students come from the East Coast region so we look forward to catching up with them and their whānau,” she said.