Waikato's youngest graduate off to Oxford 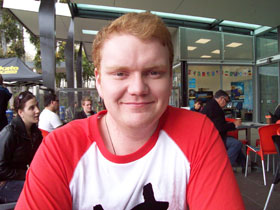 Off to Oxford: Bobby Brooks, Waikato University's youngest ever graduate, heads to Oxford University to study for his doctorate.

Waikato University’s youngest ever graduate is off to study for his doctorate at Oxford University. Robert (Bobby) Turongo Brooks is now 21 years old and since graduating with his Bachelor of Science at 17, he has completed a Master of Science and part of a Postgraduate Diploma in Economics. “I was thinking about doing some more study, picked up the phone and rang Oxford, and it sort of took off from there,” he says.

Brooks will be a student at Jesus College studying synthetic organic chemistry. He is of Ngāti Maniapoto, Tainui and Ngāpuhi descent on his mother’s side and has been awarded the Sir Robert Mahuta Postgraduate Memorial Scholarship which will give him $60,000 a year for three years while he studies.

“It’s a real honour to receive this scholarship - Sir Robert attended Oxford – and so it’s rather special to be following in his footsteps.” Brooks is unsure where his study will take him but his Masters degree in chemistry saw him working on applications for a new generation of anti-cancer drugs.

“And once I’ve completed my doctorate, I’ll probably look for a postdoctoral position perhaps designing targeted drugs – therapies for diabetes or cancer. I’m also interested in brain chemistry, so the future is a bit of an unknown. I do know that while I’m at Oxford I’ll be doing between 50 and 60 hours a week in the lab.”

Recently Brooks has been living in Wellington. His Nan spotted an intern position going at Motu, the economic and public policy research organisation, and Brooks applied for and got that. “I then thought I’d better learn some economics, which is why I began the postgraduate diploma through Waikato.”

He worked for Motu’s environmental economics team on a review of the Government’s afforestation grants scheme, and then took a position as policy and research analyst at the Federation of Māori Authorities, which fosters economic advancement for Māori. At this year’s national AgBio conference he chaired a session about improving relationships between Mātauranga Māori and science.

His Masters supervisor at Waikato, Dr Lyndsay Main, says Brooks might be young but he’s always coped well in new and different environments since coming to university full-time at 14 after years of home schooling. “In spite of his very young age as a chemistry undergraduate at Waikato, Bobby was mature, bright and especially independent, with great family support. At graduate level he really hit his straps with his first class honours degree and very successful research for his thesis.”

Dr Main says Brooks’ maturity and cooperative attitude will undoubtedly fit him well for realising his research potential amongst the other 80 or so DPhil and 60 postdoctoral researchers in organic chemistry at Oxford. “His engaging personality equally suits him to participation in college life at Oxford University and, in spite of all hard work involved, he has a very enviable three years ahead of him.”

Bobby Brooks is due to start his Oxford study on October 10.