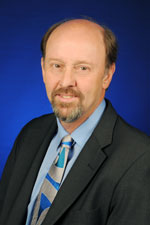 The nation’s first Canadian-NZ Studies Unit will be launched at the University of Waikato on April 2 by the Canadian High Commissioner.

Her Excellency Caroline Chrétien will visit Waikato University on April 2 to launch the unit (CNZSU) and open a photographic exhibition of Canadian Arctic photography.

CNZSU will be hosted by Waikato University’s Te Piringa – Faculty of Law but is open to all disciplines and aspects of society. Dean Professor Brad Morse says he’s pleased Waikato has already been recognised by the Canadian Government which has provided a $CDN12,000 grant for the unit.

The unit will foster research related to Canada, host visiting scholars, attract and support Canadian students to New Zealand and vice-versa, and enhance cultural and intellectual links between the two countries. “It nicely complements two new research centres in Te Piringa – Faculty of Law that focus on energy and law, and Māori and indigenous governance, but it also will link with many other research centres and institutes at the University of Waikato.”

Professor Morse says although CNZSU is only formally being launched now, it has already established a track record in student exchanges, visiting scholars and the establishment of a Canadian book collection at Waikato University through a previous grant from the Canadian government matched by the Tainui Māori Trust Board in 2010.

The Faculty of Law’s Dr Robert Joseph is the unit’s director. He says having the first Canadian-NZ Studies Unit at Waikato University demonstrates the university’s international connections. “And we have much in common with Canada – both nations have beautiful, natural landscapes, a desire to protect the environment and the Polar regions, and we have close ties and challenges with indigenous peoples.”

The unit will also be linked to Canadianists at other New Zealand universities and the public at large.  CNZSU is now part of a network of Canadian Studies Centres and Canadian Studies Associations around the world.

The unit will be formally launched at a function at Waikato’s new Student Centre on April 2. At the same function, Ms Chrétien will also open an exhibition in the Student Centre featuring a collection of Canadian Arctic photos called “Accessible Arctic” that has previously been shown at Te Papa.