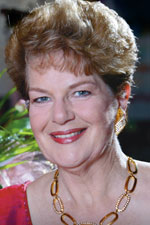 New Waikato University Senior Fellow Dame Malvina Major will take the stage with past and present students at the Hamilton Gardens Arts Festival next week.

“I’m really looking forward to performing at the Gardens Festival with the young singers. I’ve made it my business over the last 10 years to include ‘up and coming’ singers in my concert programmes,” says Dame Malvina.

“I believe they learn much from watching a professional performing, and also learn what stamina is needed for performance. They discover what their capabilities are, and also if they are really cut out to be opera singers or maybe some other genre.”

Dame Malvina has had an outstanding international career, having major opera roles all over the world before returning to New Zealand to teach and perform throughout the country.

Chase Douglas, who recently toured the country with Hayley Westenra, says he feels “very privileged to be performing with Dame Malvina and even more so to have her as my vocal coach and mentor this year at Waikato University. 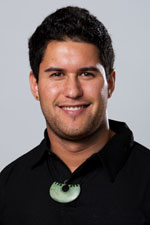 Inspired: Chase Douglas, a Waikato University Hillary Scholar, has been inspired to work harder by his mentor Dame Malvina Major.

“I believe performing with, and learning under Dame Malvina will be a very humbling and momentous experience. Just knowing that I have a long way to go before I reach the level of expertise of Dame Malvina makes me want to work harder in achieving my goal.”

The University of Waikato is an event partner and is supporting the performance by Dame Malvina. She’ll be supported by the Opus Orchestra, under the direction of Peter Walls.

Her appointment as a Senior Fellow at Waikato University was announced in December. She will teach voice students in the University’s music programme and play an ambassadorial role for the university.

Vice-Chancellor Professor Roy Crawford said of the announcement “She brings extensive experience in performance and teaching to the Faculty where the music programme is flourishing.”